While there were no official statements from the company, we surely know how to connect the dots.

Non-fungible tokens have made their way to Salesforce where the global sales CRM leader has decided to launch its own NFT cloud. A decision that has not gone well with its own employees is now doing the rounds of the Internet heavily. Whatever the reason, one thing is clear: Salesforce wants to build an NFT platform. Let’s explore why.

But before that, here’s a little about what NFT means.

NFTs are non-fungible tokens, a digital collectible that is unique. It could be anything from a digital artwork to a super bowl ticket that doesn’t have a fungible value. In other words, you can’t exchange them for another. The technology is built on Ethereum Blockchain.

NFT platforms have been a recent hype and there has been a growing number of use cases, also often supported by the Blockchain technology. For example, Adidas made $23 million for its first NFT drop.

ALSO READ: How to Market to a Privacy-Focused Customer

What is Salesforce NFT Cloud

In some leaked reports, it was revealed that Salesforce was working on an NFT cloud sales platform. While there were no official statements from the company, we surely know how to connect the dots.

In a 2022 predictions blog post by Salesforce, Salesforce Market Strategy Director shared, “Brands have been playing with NFTs for the past 18 months, however these efforts have largely been focused around art and novelty…To unlock their full potential, brands are going to have to start creating utility via the token. Time is a great example. They launched TimePieces, which is a collectible and has utility. Each NFT grants the owner unlimited access to Time’s content, special event access, and a few other small perks. In 2022, you’re going to hear a lot more about NFTs, and there will be winners and losers. Winners will move past NFT’s as simply collectable to find greater utility through the token.”

Fast forward to February 2022. In a private event by CEOs Marc and Bret, the workforce was made privy to the plans of releasing an NFT cloud. Reportedly, the company is seeing immense opportunities around NFTs and is attempting to bring the technology into enterprise software.

Why is it launching it

OpenSea, a marketplace for NFTs raised $300 million last month owing to surges in NFT trading. Salesforce sees a potential there. Having your own ecosystem can make creating and listing on marketplaces easier for NFT users. A new marketplace will reduce the dependency on OpenSea and help Saleforce cash in on the craze.

Why the workforce is against it

The company’s vision of NFTs might look promising to many, but the news has not gone down well with its own workforce. Saleforce employees are now protesting to the company’s reported plans. Employees are citing its potential carbon footprint and environmental impact as the reason behind the protest. Spokesperson Karly Bolton shared they were going to host a listening session next week where the concerns will be discussed.

Irrespective of all the speculation, a cloud is in the making and we’re sure the company will lay out the concrete plans very soon. 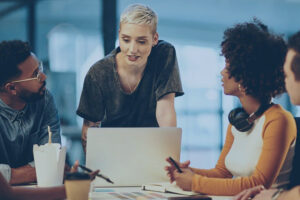 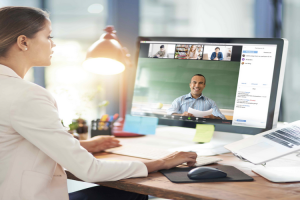 7 Ways to Win With Virtual Events 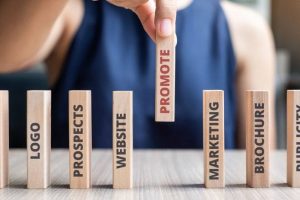 7 Successful Marketing Techniques That Won’t Cost You a Fortune

Suraj is a passionate blogger who writes for a global audience. His writings can be inspired from a myriad of topics to anything distinguishable that keeps a reader hooked. He has written for many websites and also been showcased as a guest author. Suraj lives in India right now.