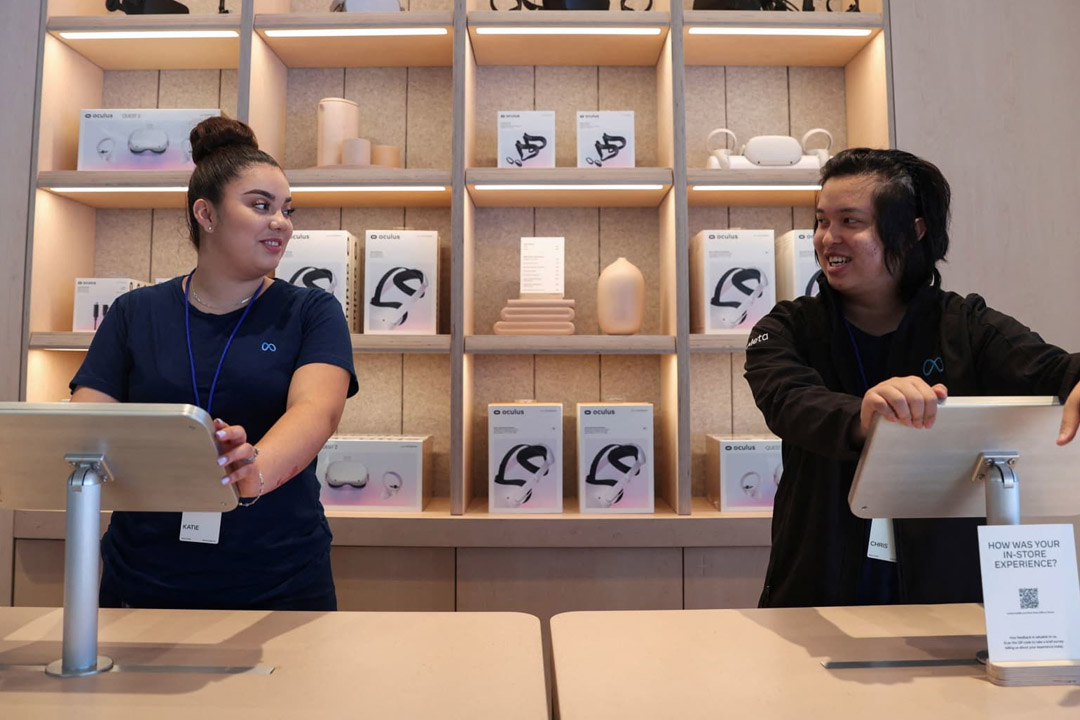 Meta is taking the next step in its evolution away from being an ad-supported social network to a hardware-driven tech company for the metaverse age, with the opening of its first-ever retail store.

As the company formerly known as Facebook works to justify the billions it’s pouring into metaverse infrastructure — its Reality Labs segment lost $3 billion in the first quarter — it’s stepping up its efforts to introduce its next-generation products to the mainstream consumer. CEO Mark Zuckerberg has laid out an ambitious vision for the metaverse, in which people will interact in virtual worlds through various devices such as virtual reality headsets, but has suggested that it won’t be done until the end of this decade.

Martin Gilliard, Head of Meta Store, tells CNBC that the store is designed to expose consumers to Meta’s products, which you really have to experience to understand.

“The store is essential for us to be another touch point for the consumer,” Gilliard said. “What we will learn from this store will help inform if we continue to do more of these, but what we’re really looking for is the ability to tell a story and to get the feedback from the consumer.”

The most important for adoption of the metaverse is the Quest Two virtual reality headset, which consumers can demonstrate to understand the various use cases of virtual reality.

Then there are Meta’s Ray Ban Stories, “smart glasses” which capture photos and video to share on social platforms.

And last, the company is showcasing the Portal, a video calling device which the company is marketing as a solution for work-from-home and families to stay in touch.

“We built the store to feel like home, to feel like work, so that you could actually easily apply how this experience translates into how to actually use it in the real world,” says Gilliard.

But the stores aren’t only there to demonstrate Meta’s new products to consumers. Because all three products are in relatively new categories, Gilliard said the company is also looking to learn from the way consumers interact with them.

“Customer feedback is part of what we will continue to build in the future,” Gilliard says.

It’s notable that the store isn’t on a busy pedestrian shopping street, like the Apple store not far away in Burlingame, but rather is anchored to Meta’s Reality Labs offices. Gilliard responds, “What I will say about the location is that it is accessible. We have a lot of walking paths here and even from [the first day’s] turnout, I don’t think that’s been a deterrent to people showing up at the store.”

For now, Meta’s not saying whether it plans to open more permanent stores or pursue pop-ups, the way Amazon has.