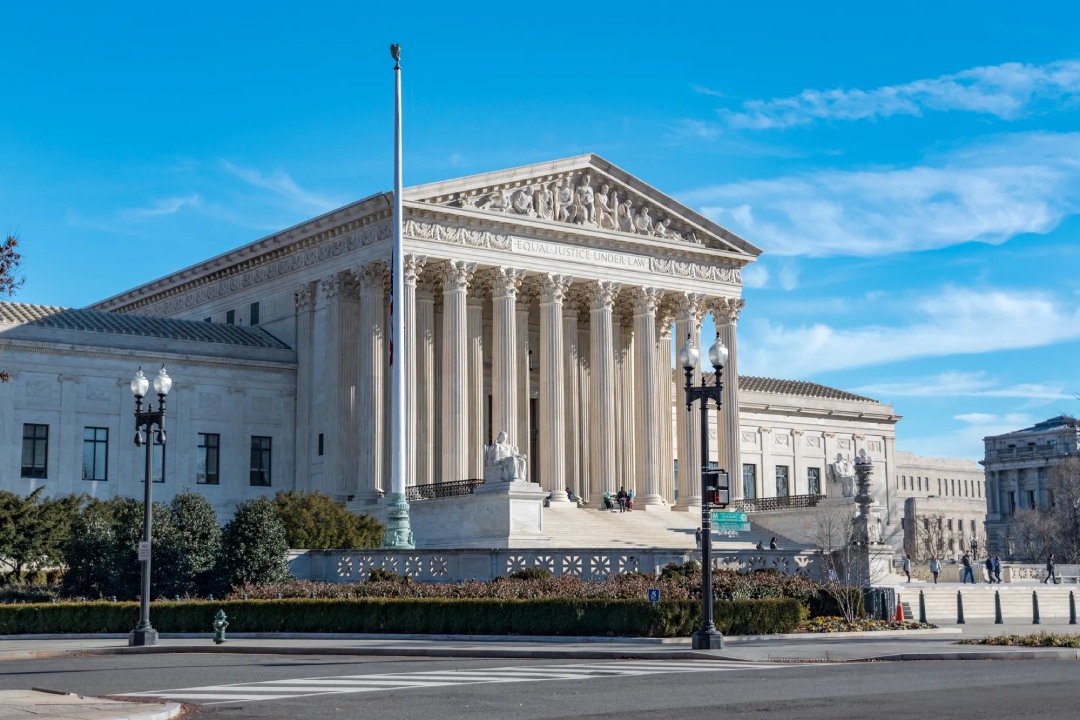 Media figures from MSNBC, ABC, CBS and Hollywood seemed to be reading from the same manuscript in their outraged reactions to the Supreme Court ruling overturning Roe v.

Media figures from MSNBC, ABC, CBS and Hollywood seemed to be reading from the same manuscript in their outraged reactions to the Supreme Court ruling overturning Roe v. Wade on Friday by saying guns had more rights than women in the United States.

By striking down the federally protected right to an abortion in its opinion on Dobbs v. Jackson Women’s Health Organization, the Supreme Court returned power to individual states to decide their own laws surrounding abortion. While several red states had trigger laws on the books to restrict abortion further, blue states have also worked to expand abortion rights.

But numerous figures on the left behaved as if abortion was banned everywhere in the United States, resorting to the same rhetorical hyperbole to justify their anger: Guns now have more rights than women.

Reacting to the ruling on MSNBC, New York Times columnist Michelle Goldberg feared that America had reached a crisis point under the Christian nationalist Supreme Court, who would impose their minority rule. She also tied her view the court was run by extremists to gun rights.

I think there’s such an irony about how, as many people have said, you’re safer as a gun in this country guns in this country have more rights than women at this point, she claimed.

Cross Connection host Tiffany Cross declared on her Saturday MSNBC show, An AR-15 has more rights than a woman does.

Frequent MSNBC guest and The Nation justice correspondent Elie Mystal agreed, also stating on the network that women and minorities had fewer rights than an Uzi submachine gun in America.

Comedians got the message, too. In a somber monologue Monday, CBS Late Late Show host James Corden expressed his disgust and anger at the Supreme Court imposing its minority view on the country and moving America back to a dark age.

He claimed that by turning abortion rights back to the states, the court had put millions upon millions of women and their families lives in danger. Corden also linked conservative Second Amendment supporters to Roe.

If only the American leaders on the right would care and fight as much for the rights of women as they do their guns, he lamented.

The same theme was heard on ABC’s late-night comedy show, Jimmy Kimmel Live! Monday night. Guest host Chelsea Handler opened by taking political jabs at the GOP. She quipped that she would be hosting Kimmel’s show until Republicans make it illegal for women to talk.

Handler also crudely remarked, At this point I’d probably have more rights if my vagina was an AR-15.

Some liberal media pundits took to social media to express their fury.

CNN political commentator and contributor to The View, Ana Navarro, tweeted that the court wanted states to regulate our uterus but not guns.

Actresses Taraji P. Henson and Halle Berry, as well as reality star and activist Kim Kardashian, repeated the mantra that guns have more rights than women while professional athlete association unions such as the WNBA’s made identical statements in condemning the ruling.

Some Democrats weighed in with similar talking points.

Former 2016 presidential candidate Hillary Clinton suggested it was harder to obtain an abortion than a gun in this country, in a tweet that was widely mocked by the right.

But pro-life and Second Amendment advocates say this slogan is just inaccurate.

Catherine Glenn Foster, president and CEO of the pro-life law firm and advocacy group Americans United for Life, bluntly unraveled the left-wing phrase in a statement to Fox News Digital.

With Roe’s reversal, every girl now has the right to be born in states that uphold the first and most fundamental of all human rights. While I can say with tongue in cheek that I don’t expect that every one of those girls now born will choose to become proficient with firearms, I am truly glad that we’re talking about the full scope of constitutional rights of women, she said.

Another critic of this particular media talking point is firearms journalist Stephen Gutowski, founder of The Reload.

Speaking with Fox News Digital, Gutowski said the media frames abortion as a fundamental right while they don’t give that credence to gun owners, even though there is a constitutional right to bear arms.

Coverage around abortion is almost always centered on the idea that having an abortion is a right… Not only does most coverage not assume gun ownership or carry is a right, it often isn’t even mentioned as something many Americans believe, he said.

A new Gallup poll conducted shortly after the school shooting in Uvalde, Texas, found a majority of voters said that gun policies were extremely important in influencing their vote in the midterm elections. However, only 8% of respondents cited guns as the most important issue facing the country.

Abortion appears to be much less of a priority to voters. In a USA Today poll published Friday, three out of four respondents said that if Roe was overturned, it would not affect their November vote, although 19% said it would motivate them more to turn out to the polls.

They’re just trying to combine two of their favorite wedge issues and while maybe their base will just nod along, they’re not going to persuade anybody else with that messaging. The smart conservative response would be to say what most Americans, especially parents, intuitively believe: that we need to protect children at all stages of life. The recent school shootings are tragic and horrifying and of course we need to make sure kids are safe at school, but we also need to make sure the unborn have a chance to get to school in the first place, she said.