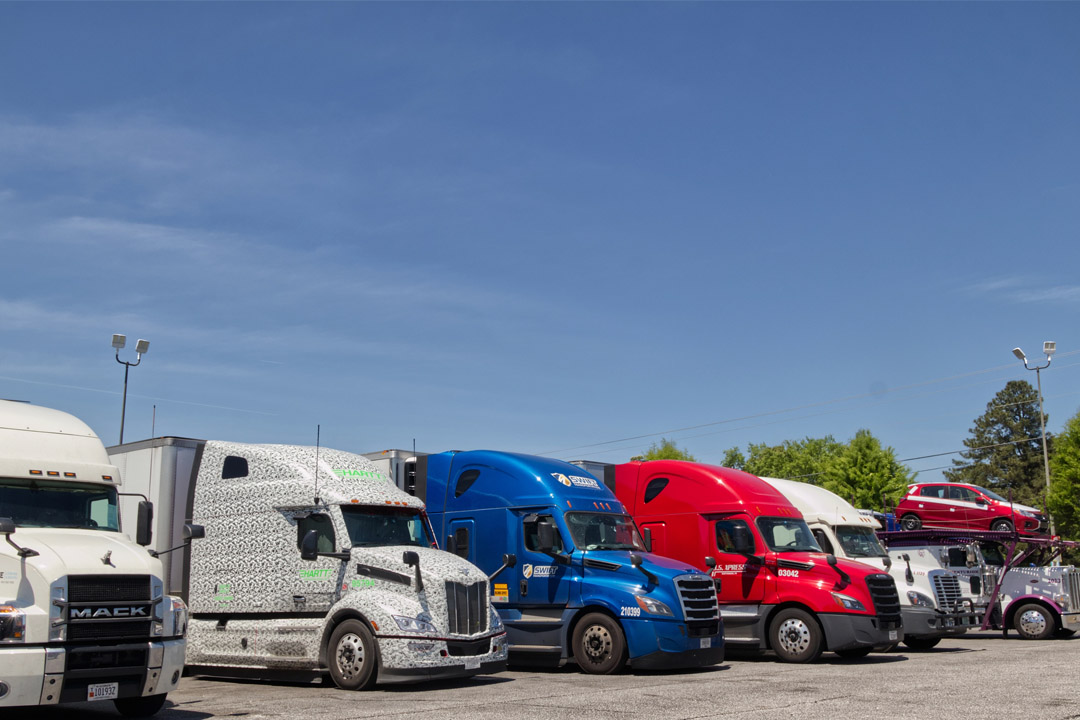 Sometimes, it seems like the weight of today’s global supply chain woes rests on the containers carried by thousands of tractor-trailers crisscrossing the U.S. each day. As consumer demand for everything from shoes to sofas skyrocketed since the beginning of the Covid-19 pandemic, it became easy to blame the humble truck. After all, more than 70% of all goods moved in the U.S., or $10.2 billion tons, were transported by trucks last year.

Of course, the supply chain crisis is a complex global conundrum with few simple answers. But Optimal Dynamics, an AI-powered startup that announced $33 million in series B financing last week led by the Westly Group, is helping trucking companies solve their logistical nightmares by automating and optimizing their operations. For example, the solution helps make sure shippers move the right loads at the right time, that the right drivers take the right load to the right destination, and helps companies answer questions about what equipment they should buy and how many drivers they need.

“Trucking companies realize they need logistics technology to support decision-making and adapt to changing situations – it’s now a requirement, no longer just a nice-to-have,” said Optimal Dynamics CEO Daniel Powell, who co-founded the company in 2016 with his father Warren. The elder Powell has served on the faculty of Princeton’s department of operations research since 1981, at the helm of a research lab that, among other things, developed the first industry-successful truckload optimization platform in the 1980s.

“That rich technology grew over the decades through lots of iterations, becoming incredibly mature,” Powell said. “We were able to use our 40-year-lineage at Princeton to apply this sort of robust decision automation technology to logistics.”

Twenty years ago, trucking companies began to adopt the core databases that are now prevalent, he said, while over the past five years “the biggest push has been around what I generally call high-fidelity data, similar to what the fintech world went through with companies that integrated with the banks to provide data.”

Recently, the trucking market has become increasingly receptive to logistics technology, he added, including AI. The market for AI solutions across the global supply chain as a whole is estimated to be worth over $14 billion by 2028.

In a VentureBeat article published last year tied to the company’s $18 million Series A funding, Powell said that Optimal Dynamics’ ‘high-dimensional AI’ “allows them to “take in exponentially greater detail while planning under uncertainty. We also leverage clever methods that allow us to deploy robust AI systems even when we have very little training data, a common issue in the logistics industry.”

Now, the company is taking advantage of remarkably good timing. “It’s just incredible that you see this underlying technology paired up with an environment that can support its deployment and then there is the timing of the supply chain falling apart,” he said. “It made it an amazing ecosystem to deploy this technology at scale and help our customers get through this.”

Powell admits that Optimal Dynamics is not the only solution in the trucking logistics space or an all-encompassing solution. It competes with Uber Freight and big-value startups including KeepTruckin, Next Trucking, and Convoy. But, he emphasized, “we are a very critical building block to enabling these sort[s] of major logistics networks to drive efficiency, to be more agile within their operations.”

For example, one customer, Hawk Logistics Solutions, was able to use Optimal Dynamics’ self-service tool to identify a new location within their logistics network where they could hire a large block of drivers. They are also moving into new operating regions based on analysis that showed them new loads they could be moving daily.

“This is data they already have, but they had no tools to look at the freight volume they were seeing daily and understand that there were more efficient ways to go about their job,” he said. “Now they’re moving into what is called a lane, which is an A to B movement of a truckload, so now they’re operating at a completely new length.”

While Hawk is a smaller customer, mega-enterprises tend to look for the last possible squeeze of efficiency within their operation, driving further automation than they can do in-house.

“One of the things they want from us is to help them plan under uncertainty,” Powell explained. “Our system enables them to plan far into the future in uncertain environments with so many changing variables.” Most large customers have in-house teams that build simulations that can only make decisions on node variables, which is constraining. “Tools that allow them to plan further into the future allows them to be more proactive – to say yes to customers farther in advance, or identify issues within their operation as other companies might do with a weather warning,” he said.

Many trucking customers, he added, are at the very beginning of their AI-powered journey. “Often we’re laying the initial data piping,” he said. “We may be the first time they’ve ever set up an automation, a data feed, outside of their company.”

But trucking companies need to start innovating, he emphasized. The applications that can robustly leverage machine learning and AI give a large advantage to those operators that do. “There are only a very few companies out there that have fundamentally changed their tech stack and how they make decisions,” he said. “We see companies with 50 trucks that make decisions based on the idea of ‘that looks good,’ and we see Fortune 500, $5 billion logistics operations that make decisions by the seat of their pants.”

It will be harder and harder for those companies to compete without AI, he added: “You’re seeing that in the industry, with old-school companies shutting down that are not willing to change or can’t adapt quickly enough.”

Yet, many organizations are farther along than they think in terms of what is required to power an AI-driven system such as Optimal Dynamics. “They’ve made the underlying investments to support tools like this, so we often can educate them that they’re not five years away, they’re here today,” Powell said.