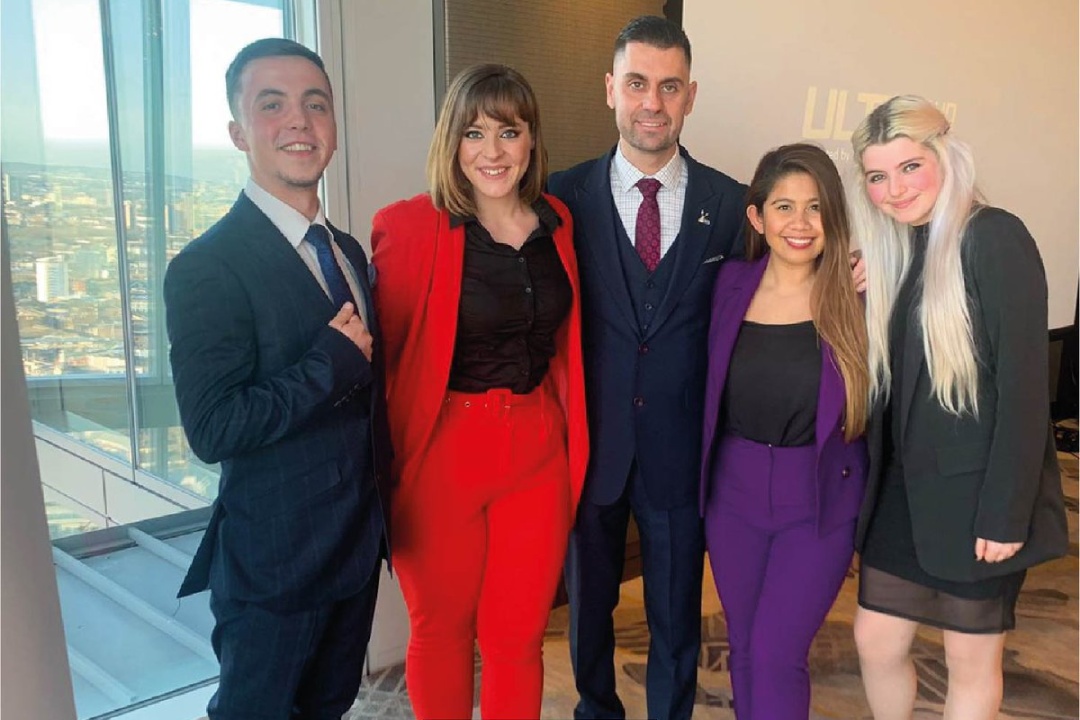 Watford-based sales and marketing experts, Champtronix lived up to its name, sweeping the boards at the 2022 Marketing and Sales Awards Gala with a monumental six award wins.

Watford-based sales and marketing experts, Champtronix lived up to its name, sweeping the boards at the 2022 Marketing and Sales Awards Gala with a monumental six award wins.

The typically annual event had been on hiatus over the last two years, with the pandemic interrupting an industry tradition. The 2022 Marketing and Sales Awards Gala was held at the 5-star JW Marriott Grosvenor House London. Industry professionals worldwide traveled to the UK’s capital to attend the eagerly anticipated event. After a two-year break because of the pandemic, attendees had a tremendous sense of anticipation and excitement.

Chamonix CEO Claristelle Labrador commented on the gala: “It was incredible to be back amongst our peers and celebrate our successes after such a trying time. I’m really proud of the team, overcoming so many challenges over the last two years.” Commented Claristelle Labrador, CEO at Champtronix.

The event began with a red carpet arrival, followed by a champagne reception, allowing attendees to mingle and catch up before they were invited to take their seats in the Ballroom to enjoy a delectable three-course dinner with a great band playing in the background. During the evening, attendees had the opportunity to bid for some incredible items in the silent auction, with money raised going to two great charitable causes.

The awards ceremony began after the band had finished and all the plates were cleared. The atmosphere in the room was full of energy and excitement as the first award nominees were revealed. The awards were presented by some of the most successful and influential individuals in the marketing and sales industry worldwide.

50/50 Club – There were three recipients of this award. The criteria were over 50 brand ambassadors and outstanding overall performance.

Recruiter of the Year – Champtronix Talent Scout Orinta Murasovaite won this award. Orinda has been a vital asset for Champtronix, identifying the best talent. Orinda is the first point of contact for applicants, and her fantastic work ethic and commitment have played a critical role in Champtronix coming out of the pandemic stronger.

Clients Choice Award – This award was decided on quality – Champtronix generated more income than any other company for this client.

Managing Director of the Year – This award was in recognition of unparalleled performance.

Million Dollar Club – This award had four recipients. Awards were given to companies that generated over a million dollars in turnover. Chamonix had the highest turnover of all the companies to win the Million Dollar Club Award, which led to the firm picking up its sixth award of the night, the Top Sales Award.

Top Sales Award – In competition with over 80 sales companies, Champtronix achieved the most profitability in the last year to lift this highly coveted award.

“Our amazing success is the combination of hard work, resilience, and an outstanding team of people who are passionate about what we do and are committed to making Champtronix the number 1 sales and marketing company in the UK. The most exciting part is that we’re just getting started!” Commented Lyudmil Borisov, Managing Director at Champtronix.

Once the awards ceremony came to a close, attendees had the opportunity to network and have fun in the casino, with a DJ keeping the great mood going.

Commenting after the event, the Champtronix CEO said;

“It was an incredible night, and the motivation levels have gone through the roof in the days since. We can’t wait to be back on that stage next year, collecting more awards.” Stated Ms. Labrador.

At Champtronix, the mission is to continue to provide the best quality of service for clients and to strive toward championing an incredible experience for its customers. Looking ahead to the future, the Watford-based company has plans to expand the Champtronix brand across the UK and internationally.