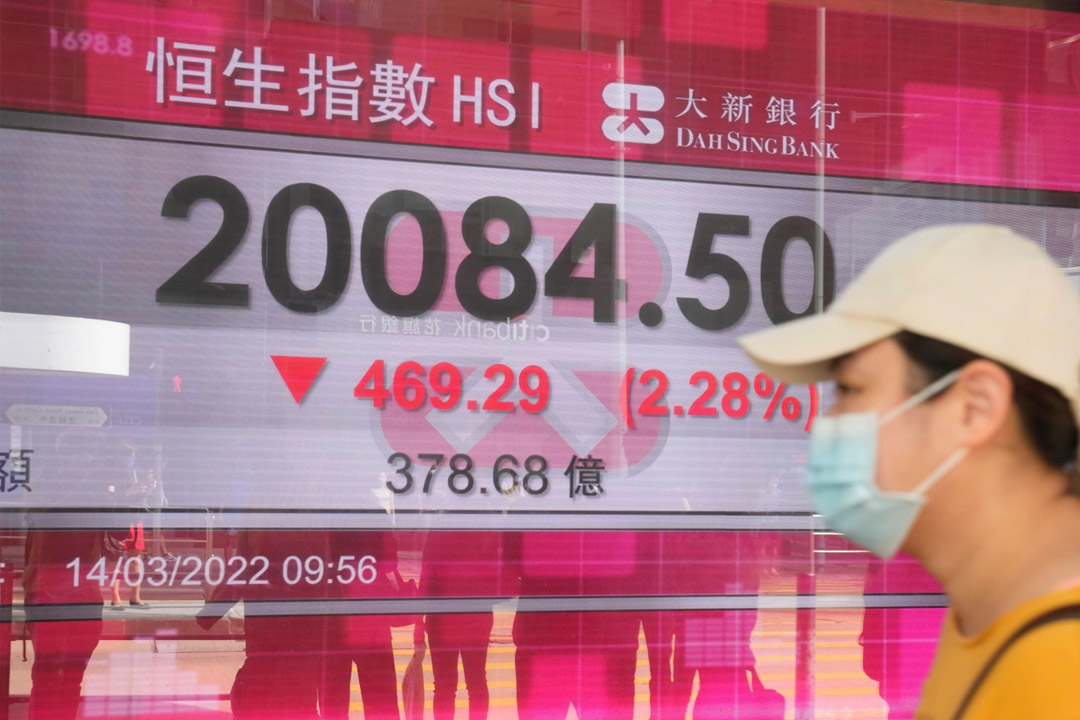 Stocks are mixed in Asia and oil prices have fallen as uncertainty over the war in Ukraine and persistently high inflation keep investors guessing about what lies ahead.

Stocks were mixed in Asia and oil prices fell Monday as uncertainty over the war in Ukraine and persistently high inflation kept investors guessing about what lies ahead.

With the Federal Reserve due to hold a policy meeting this week, “Markets are bracing for two opposing forces, which will obfuscate the picture,” Mizuho Bank said in a commentary. “One is geopolitical uncertainty that may leash fresh convulsions of ‘risk off’ and the other, a hawkish Fed that is poised to hike” interest rates by at least 0.25 percentage points.

Ukrainian President Volodymyr Zelenskyy vowed to keep negotiating with Russia as Russian forces bombarded a military training base near the Polish border, killing nine and wounding dozens of people. Talks aimed at reaching a cease-fire failed again on Saturday,

Russia’s widening of its offensive to the western part of Ukraine comes amid warnings over the widening impact of the conflict. Moody’s Investor Service said it was reviewing its credit ratings for both countries given rising security, economic and financial risks.

Spreading outbreaks of coronavirus in China have added to uncertainties, with authorities ordering a lockdown in the technology and manufacturing hub of Shenzhen, near Hong Kong, that could worsen supply chain disruptions.

Chinese shares have also come under selling pressure due to the threat of de-listings of major Chinese companies on U.S. stock exchanges. A report in the state-run newspaper Economic Daily said Monday that regulators are negotiating to resolve a dispute over auditing rules.

The Securities and Exchange Commission has moved to require that U.S.-listed foreign stocks disclose their ownership structures and audit reports. That has come on top of technology-related sanctions against some companies.

Wang Sheng, head of the investment banking division at China International Capital Corp, said in an opinion piece that China and the U.S. should be able to strike a deal.

World markets have been rocked by dramatic reversals as investors struggle to guess how Russia’s invasion of Ukraine will affect the prices of oil, wheat, and other commodities produced in the region.

That’s raising the risk the U.S. economy may struggle under a toxic combination of persistently high inflation and stagnating growth. The Federal Reserve is expected to raise interest rates at its meeting this week as it and other central banks act to stamp out the highest inflation in generations while trying to avoid causing a recession by raising rates too high or too quickly.

Amid all the uncertainty, U.S. stocks remain about 10% below their peak from earlier this year, while crude oil prices remain more than 40% higher for 2022 so far.

Brent crude oil, the standard for international pricing, declined from $2.48 to $110.19 per barrel.