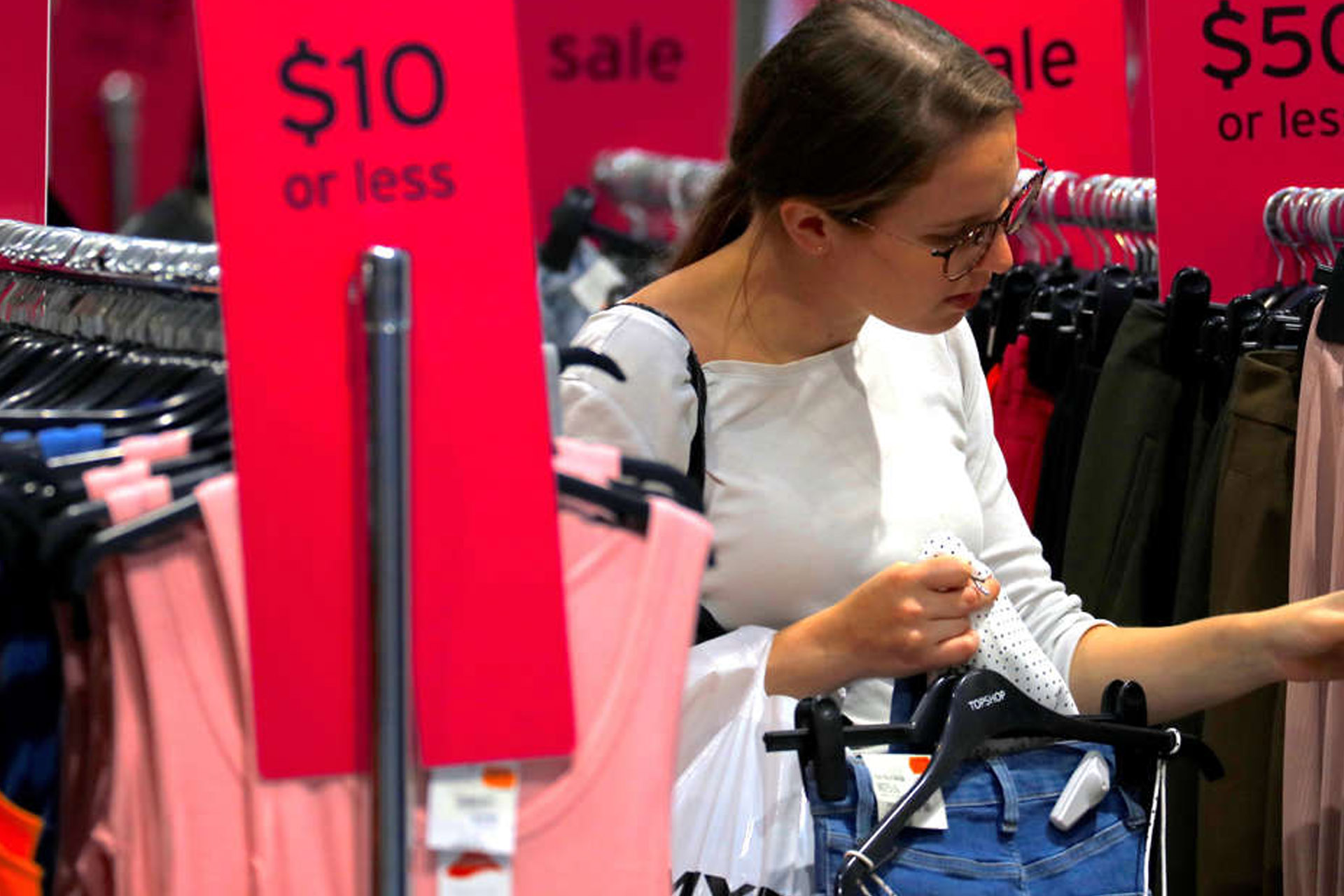 The RBA has pledged to not raise the cash rate from a record low 0.1% until actual inflation is sustainably within its 2-3% target band.

Australian retailers boasted yet another month of solid sales in March while a measure of business conditions surged to all-time highs in April in a sign the economy was coping well with the end of a government support programme for jobs.

Australian retail turnover climbed 1.3% in March from a 1.4% rise in February, largely led by sales at cafes and restaurants hitting a record high, data from the Australian Bureau of Statistics (ABS) showed on Monday.

Separately, the National Australia Bank’s NAB.AX index of business conditions jumped 8 points to a record +32 in April, with strength reported across most sectors and regions.

The survey’s measure of confidence rose 9 points to +26, also a record.

“The strength in capacity utilisation points to an expansion in business investment and ongoing hiring, even as we pass the rebound phase in the economy and move through the JobKeeper hurdle,” Oster added.

Despite the strength in recent data, real retail sales volumes fell 0.5% in the March-quarter following a 2.5% jump in the December quarter.

Analysts said the drop was mainly because consumers switched spending from goods to services which is not captured by the data as it is heavily weighted towards goods consumption.

Marcel Thieliant, senior economist at Capital Economics said he expects a 1% quarterly rise in real consumption in the March quarter, far slower than the 4.3% jump in December as spending patterns return to those seen before COVID-19.

More so, the implicit price deflator, a measure of the price of the average goods, rose by just 1.6% in the March quarter from a year earlier, the data showed.

“This will confirm the RBA’s view that there is no evidence yet of a widespread pick-up in inflation across the economy,” said Sarah Hunter, chief economist for BIS Oxford Economics.

The RBA has pledged to not raise the cash rate from a record low 0.1% until actual inflation is sustainably within its 2-3% target band.