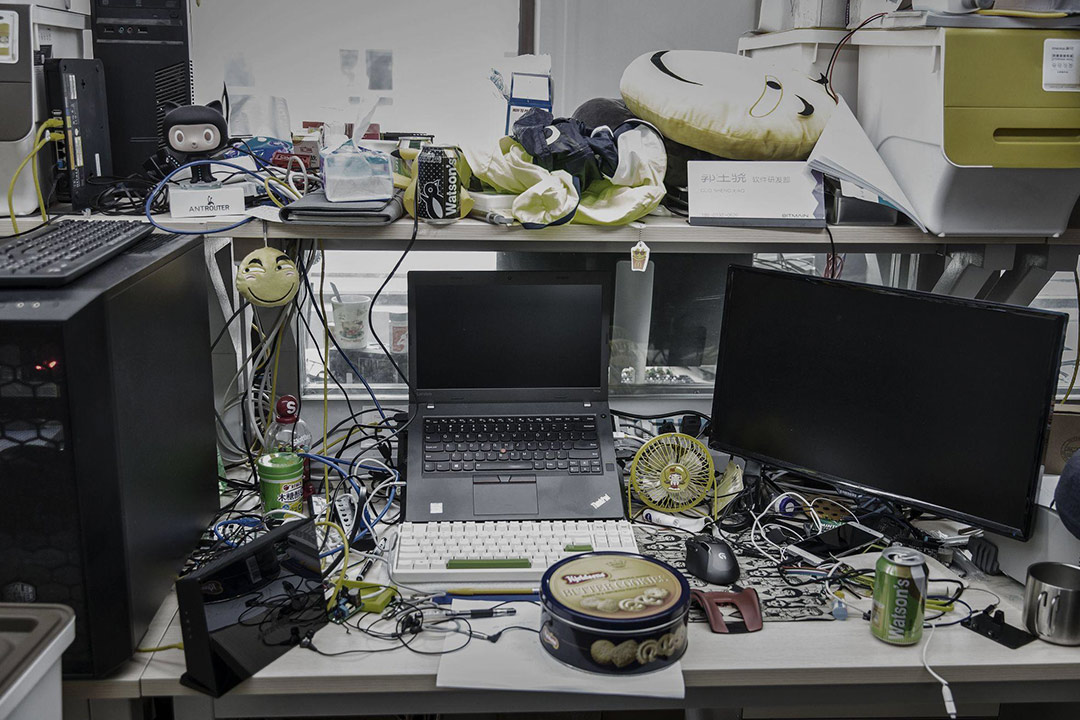 Beijing aims to drive foreign PCs out of government, SOEs

China has ordered central government agencies and state-backed corporations to replace foreign-branded personal computers with domestic alternatives within two years, marking one of Beijing’s most aggressive efforts so far to eradicate key overseas technology from within its most sensitive organs.
Staff were asked after the week-long May break to turn in foreign PCs for local alternatives that run on operating software developed domestically, people familiar with the plan said. The exercise, which was mandated by central government authorities, is likely to eventually replace at least 50 million PCs on a central-government level alone, they said, asking to remain anonymous discussing a sensitive matter.
The decision advances China’s decade-long campaign to replace imported technology with local alternatives, a sweeping effort to reduce its dependence on geopolitical rivals such as the U.S. for everything from semiconductors to servers and phones. It’s likely to directly affect sales by HP Inc. and Dell Technologies Inc., the country’s biggest PC brands after local champion Lenovo Group Ltd.
Lenovo erased losses to climb as much as 5% on Friday in Hong Kong, while software developer Kingsoft Corp. also recouped its earlier decline to gain 3.3%. On mainland Chinese exchanges, Inspur Electronic Information Industry Co., a server maker, gained 6% while peer Dawning Information Industry Co. jumped more than 4%. Inspur Software Co., an affiliate of the Inspur group, and China National Software & Service Co. both soared their daily 10% limits.
The push to replace foreign suppliers is part of a longstanding effort to wean China off its reliance on American technology — a vulnerability exposed after sanctions against companies like Huawei Technologies Co. hammered local firms and businesses. That initiative has accelerated since 2021, when the Chinese central government quietly empowered a secretive government-backed organization to vet and approve local suppliers in sensitive areas from cloud to semiconductors.
The latest PC replacement project also reflects Beijing’s growing concerns around information security as well as a confidence in homegrown hardware: the world’s biggest laptop and server makers today include Lenovo, Huawei and Inspur Ltd., while local developers such as Kingsoft and Standard Software have made rapid strides in office software against the likes of Microsoft Corp. and Adobe Inc.
The campaign will be extended to provincial governments later and also abide by the two-year timeframe, the people said. The Ministry of Industry and Information Technology and State Council Information Office didn’t respond to faxed requests for comment.
What Bloomberg Intelligence Says
Lenovo could dramatically boost sales on Beijing’s order that central government agencies and state-backed companies replace foreign-branded computers, as reported by Bloomberg News. This would amount to more than 50 million PCs over the next two years. The nation’s No. 1 PC maker relies on U.S. chips, but has set up its own chip-making unit and invested in at least 15 semiconductor design firms.
China has been encouraging use of home-made IT products in government agencies for at least a decade, regularly barring certain products from official procurement lists. In response, U.S. IT giants such as Hewlett Packard Enterprise Co. and Microsoft have set up joint ventures with firms backed by the Chinese government, to secure orders from the richest state-owned companies.
That process has long been dogged by inadequacies in Chinese-developed software and circuitry, forcing users to rely on imported equipment. That changed in recent years, as local champions such as Inspur and Lenovo gained global market share, though their products still rely on cutting-edge American components such as semiconductors from Intel Corp. or Advanced Micro Devices Inc. As of Friday, HP-branded machines were still available for purchase on a website used by central government procurement bodies, though it’s unclear if transactions would go through.
The latest government directive is likely to cover only PC brands and software, and exclude hard-to-replace components, including microprocessors, the people said. China will mostly encourage Linux-based operating systems to replace Microsoft’s Windows. Shanghai-based Standard Software is one of the top providers of such tools, one person said.
Certain agencies, including state-owned media and cybersecurity bodies, may continue to buy advanced foreign equipment under special permits as they always have, one of the people said. But that permit system could be tightened in future, the person said.