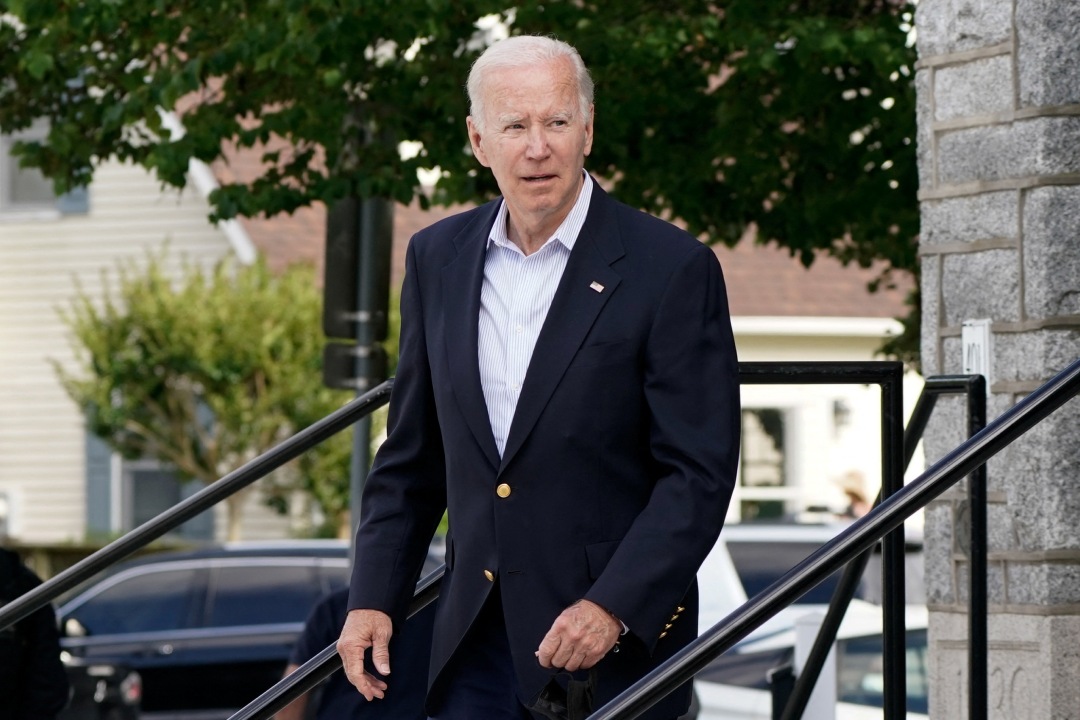 President Biden is telling companies that are "running gas stations" to "bring down" their prices because "this is a time of war and global peril."

President Biden is telling companies that are “running gas stations” to “bring down” their prices because “this is a time of war and global peril.”

“My message to the companies running gas stations and setting prices at the pump is simple: this is a time of war and global peril,” Biden tweeted on Saturday. “Bring down the price you are charging at the pump to reflect the cost you’re paying for the product. And do it now.”

Biden’s tweet comes as gas prices are averaging at $4.822 nationwide, which is up over 20 cents from just one month ago.

He has often deflected blame for the increase in gas prices to Russian President Vladimir Putin, dubbing it the “Putin’s Price Hike,” a term used repeatedly by the White House, despite his campaign promise to always take responsibility and not blame others.

This isn’t the first time Biden has made a direct plea to “companies running gas stations,” saying in a June 22 speech that “these are not normal times.”

“So, let’s be honest with one another. My message is simple. To the companies running gas stations and setting those prices at the pump: This is a time of war, global peril, Ukraine. These are not normal times,” Biden said. “Bring down the price you are charging at the pump to reflect the cost you are paying for the product. Do it now. Do it today. Your customers, the American people, they need relief now.”

WHITE HOUSE PUSHES BACK ON CLAIMS BIDEN IS ‘VILIFYING’ US OIL INDUSTRY: ‘THIS ISN’T PERSONAL’

The plea from Biden follows a failed proposal from the Oval Office to implement a 90-day gas tax holiday, which was dismissed by even Democratic lawmakers as outlandish.

“I don’t know that we have the votes,” said Majority Leader Steny Hoyer, D-Md., according to E&E news.

“Suspending the primary way that we pay for infrastructure projects on our roads is a shortsighted and inefficient way to provide relief,” said Sen. Tom Carper, D-Del.