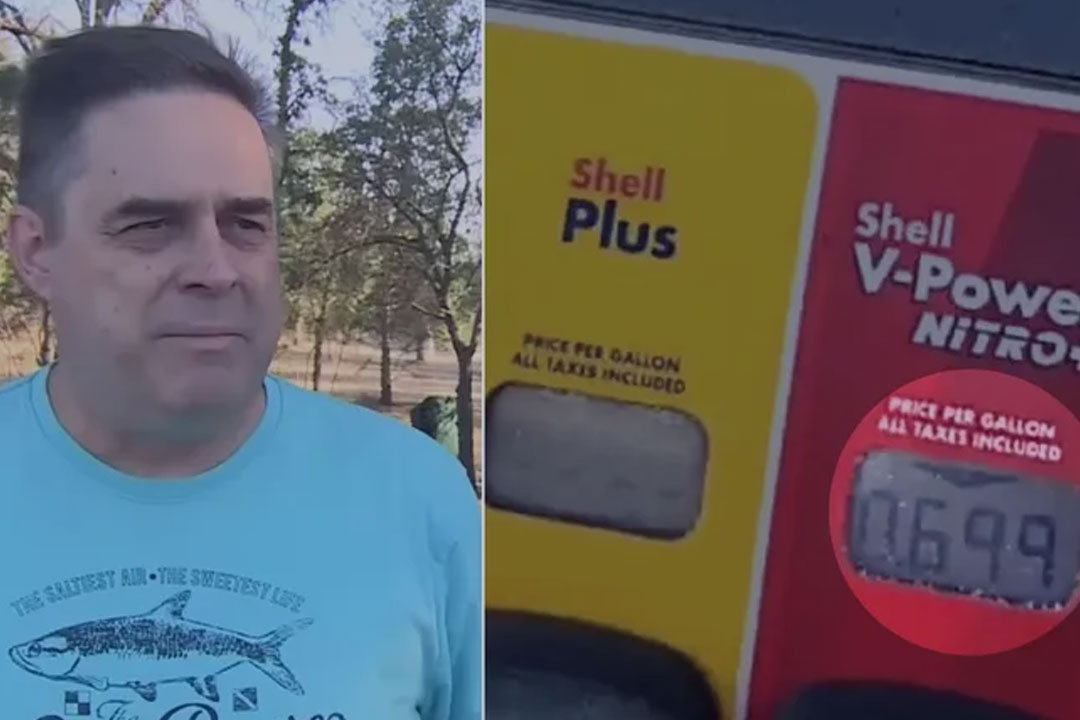 Szczecina said the company that runs his former station declined the money from the fundraiser.

John Szczecina said the last week has been a nightmare for him after accidentally charging 69 cents a gallon for gas at a station in California.

The now-former store manager at a Shell in Rancho Cordova said the error boiled down to a simple misplacement of the decimal point.

“Premium was set at 69 cents and I’m like, ‘Oh no,’” said Szczecina, reflecting on his manager breaking the news to him of the mistake.

This error, a costly one that led to Szczecina’s firing, led to the delight of many who saw an opportunity at a time when gas prices are at record-highs for California and across the country. Hundreds of cars wrapped around the block and down the street near the station, waiting to fill up their tanks.

“I was just excited. I couldn’t believe it,” said Darryl Surita, a man who bought over 100 gallons. “I posted a video on my Instagram because I felt like, well I have a lot of followers, so I might as well post it and let everybody enjoy it.”

Szczecina said he was worried about being sued, and his family started a GoFundMe in an effort to repay the $20,000 lost in gas purchases because of the error. The fundraiser raised over $24,000 over the course of days.

“I’ve just been awestruck, I’m still in shock, you know. It just makes me feel like there’s good in this world and it’s worth fighting for,” Szczecina said.

However, Szczecina said the company that runs his former station declined the money from the fundraiser.

Szczecina provided sister station KCRA with a letter he said he received from the company’s human resources department. The letter was blurred because it contained sensitive information.

GoFundMe told KCRA in part, “If the gas station company (the final recipient of the funds) does refuse the funds, we will require the organizer to post a clear update to keep donors informed,” further stating the over $24,000 would then have to be refunded to all donors if the recipient does not accept.

Szczecina is currently looking for another job.

The former employer of Szczecina has yet to return a request for comment.