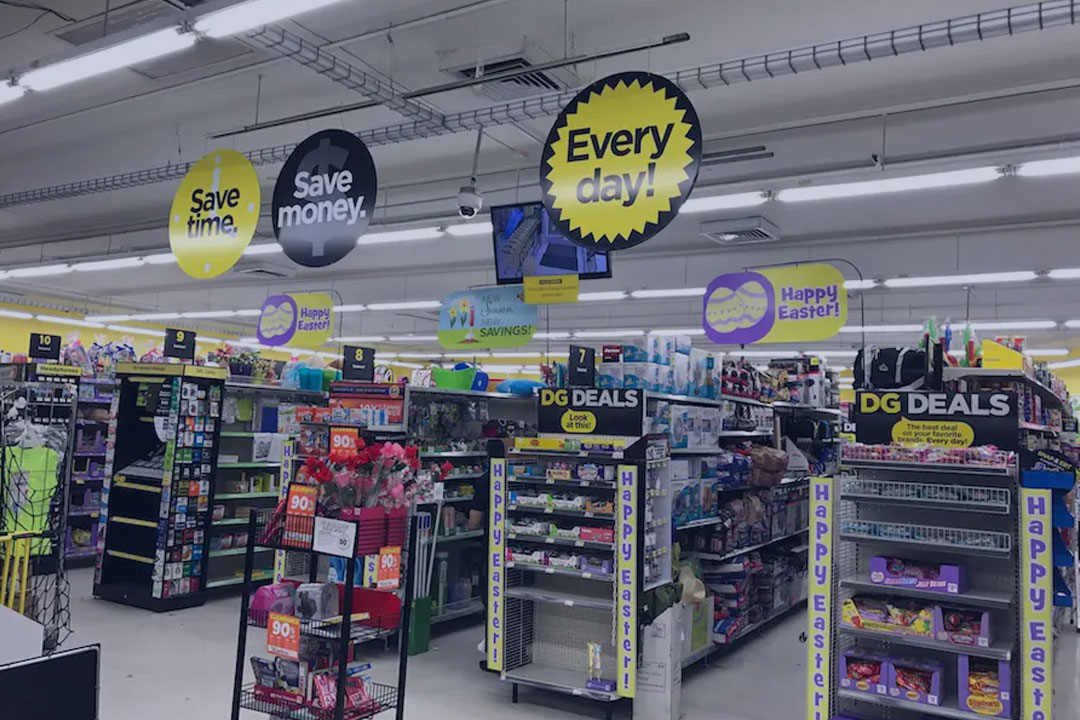 Dollar General is upgrading its retail media network, called DGMN, to attract more spending from brands interested in engaging a rural customer base, per a news release.

The discount chain has operated a media network since 2018 and previously worked with LiveRamp on the business, a spokesperson said. Now, it’s expanding its partnerships to include demand-side platform The Trade Desk, Google Ad Manager, and ad agency The Goodway Group, leveraging the latter’s expertise in media strategy, planning, and buying.

DGMN is also adding 21 new advertising partners, including brands owned by Unilever, General Mills, Hershey’s, and Colgate-Palmolive. Unilever has a relationship with DGMN dating back to 2018. Dollar General’s move to evolve its media network comes as rivals ramping up efforts to sell advertising, which could create fresh pressure to innovate.

Dollar General was ahead of the curve in establishing a retail media network back in 2018, but now sees an opportunity — or potentially feels the need — to upgrade its platform. The company is spotlighting its customer base as a point of distinction in an increasingly crowded playing field.

An outpouring of retailers, from major department stores to grocery chains, have stood up advertising businesses in recent months as a way to secure bigger brand budgets. Spending on retail media in the U.S. is forecast to double to $40 billion in 2022, according to research from the consultancy Winterberry Group.

Brands, for their part, continue to seek alternative methods of reaching consumers as they face the deprecation of third-party cookies in 2023. The retail media craze has touched other pockets of the discount category: Dollar Tree last year rolled out an offering under the name Chesapeake Media Group.

Amid this proliferation of competitor platforms, DGMN is narrowing in on shoppers who may be overlooked by traditional digital marketing tactics. Dollar General said approximately 75% of its stores serve markets of 20,000 or fewer, emphasizing a rural angle. The company operates more than 18,000 stores in 47 states and claims to process more than 2 billion transactions annually.

The DGMN makeover also arrives as sharp inflation pushes consumers to seek out cheaper everyday goods, which has benefitted the discount category.

Along with the renewed attempt at audience differentiation, Dollar General is adding several vendors to DGMN’s roster, including the demand-side platform The Trade Desk. The independent ad-tech firm has also helped Walmart scale up its retail media technology. DGMN’s expanded partnerships aim to assist with closed-loop measurement, insights, and campaign reporting in areas like attribution and incrementality.

Dollar General said brands using its retail media network will be able to reach more than 90% of its active customer base through paid media. The firm hopes to link DGMN to other digital initiatives that are of increasing importance, such as an app that commands more than 4 million monthly active users. Other assets under Dollar General relevant to DGMN include DG Self-Checkout, DG Pickup, DG Digital Coupons, DG’s Cart Calculator and Shopping List, and DG Rewards.