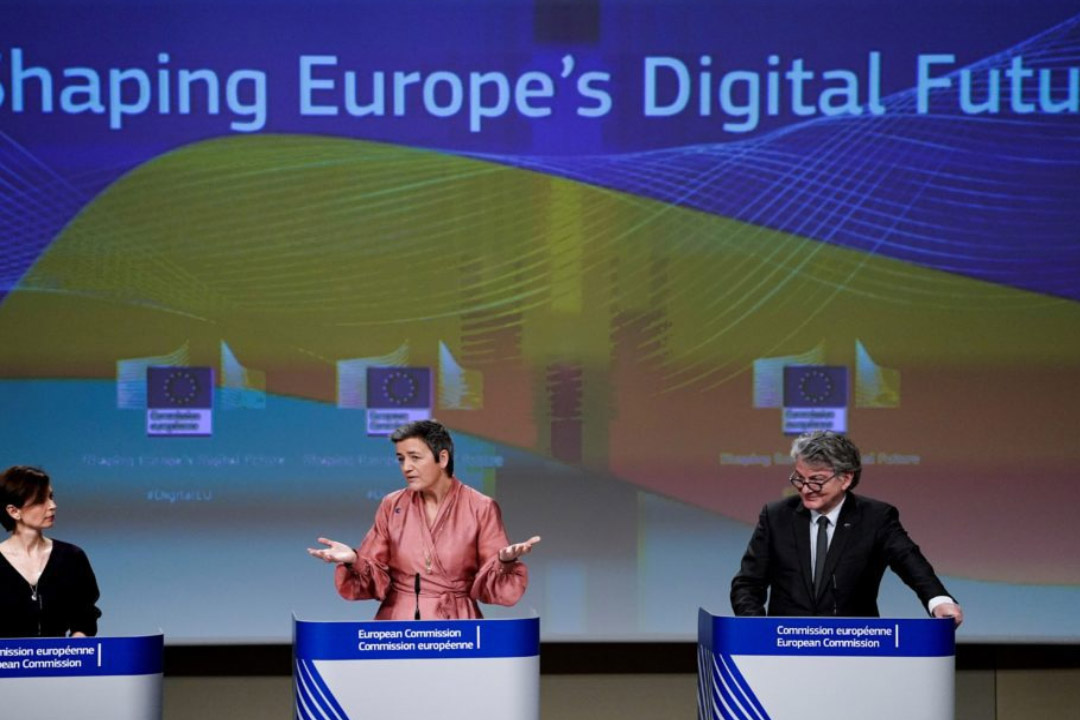 The DMA requires "gatekeeper" companies to obtain consent to target ads base.

Driving the news: European regulators came to an agreement last month on a near-final version of the Digital Markets Act, which could force Google, Apple, Meta and Amazon to reshape their businesses after being designated “gatekeepers.”

State of play: As platforms stare down strict new rules and a short timetable, they worry that compliance might mess with what made their products popular in the first place.

How it works: The DMA requires “gatekeeper” companies to obtain consent to target ads based on personal data.

Time frame: European officials have said gatekeepers will have a clear understanding of rules and their application, but tech officials tell Axios details on that are scant so far.

Different experiences in different countries: Platforms may decide to pull a product or service entirely if there’s no way to tweak it without breaking the rules. “Will [tech products] look different for European consumers and U.S. consumers? Probably, yes,” a tech industry insider at a “gatekeeper” U.S. firm told Axios.

What they’re saying: “What the commission has written sounds like a good idea on paper, and it’s hard to disagree with on a principle level,” the tech industry insider said. “But how do you make it real? It’s anybody’s game to guess.”

Flashback: Before the last major European tech proposal, the General Data Protection Regulation, was implemented, there was a lot of confusion about how it would work in practice.

The big picture: Momentum and public sentiment is not on Big Tech’s side. The EU’s moves come at a time when there are kindred spirits at the U.S. Justice Department, Federal Trade Commission and in Congress seeking to rein in big tech companies.

What’s next: “The DMA aims to bring seismic change to digital markets. But it’s going to take years, maybe decades, for courts and businesses to figure out, one case at a time, what that change will look like,” Daniel Francis, former deputy director of the FTC competition bureau, told Axios.