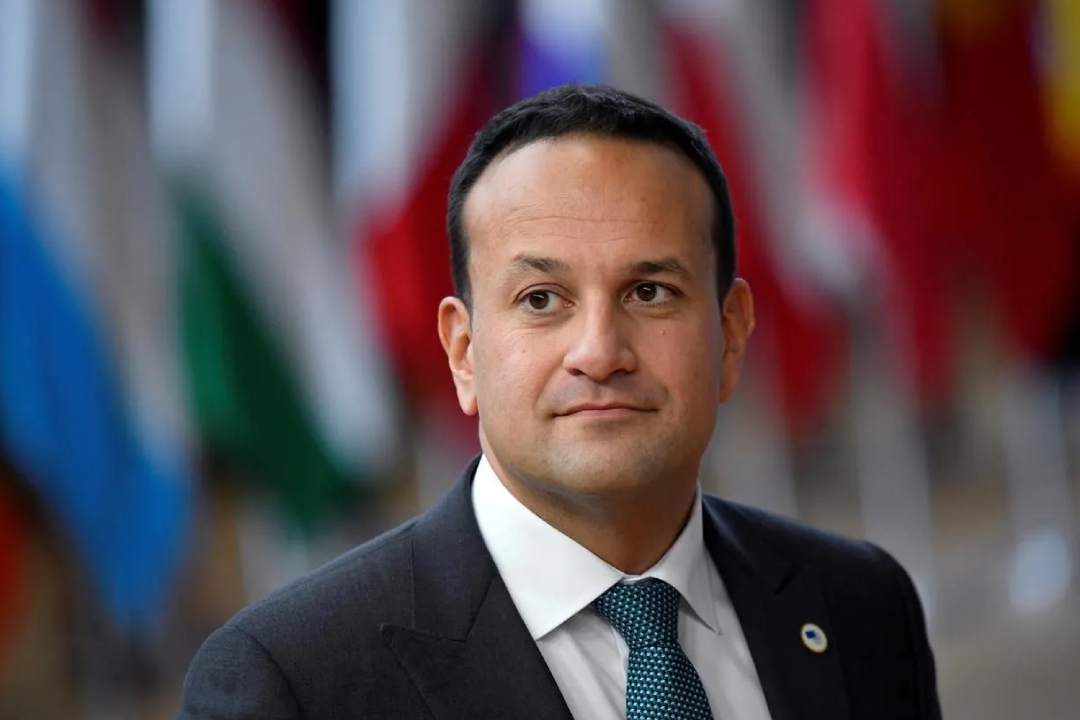 Recently a hoax advertisement has featured on several mainstream websites, including the homepage of the BBC, featuring a photo of Tánaiste Leo Varadkar with the caption: “Pressure on Leo is increasing. Big banks are chasing him after he revealed his source of income.”

Clicking this ad will direct users to pages which attempt to pass themselves off as real news websites.

To be clear: none of the ads or articles are endorsed by Varadkar or have anything to do with him. The same likely goes for ads featuring any number of household name figures who may pop up on your screen hawking cryptocurrency – or anything else for that matter.

The ads aren’t commissioned by the news websites, but come through an advertising ‘open exchange’.

To set up such a campaign someone would have to set up an account and pay for the ads across different sites, but they wouldn’t be seen in advance by the publisher. They also might not appear for all users of the sites.

Once alerted to their presence, the publisher can report and block the ads.

Articles with titles such as “Leo Varadkar reveals a move that will give every Irish citizen a chance to be a millionaire!” typically feature dozens of fabricated quotes attributed to the Tánaiste as well as tips on how to start using a cryptocurrency trading platform.

A recurring detail throughout these articles is that all forms of money are mentioned in US Dollars, and not Euros.

One of the rogue articles makes the outlandish claim that Varadkar pulled out his smartphone on live national television and showed the public that he was making hundreds of thousands of dollars each day buying and selling digital currency.

Charalambous said that the internet is littered with countless misleading or scam links relating to cryptocurrency get rich quick schemes.

“I’d say 90% of the websites out there for trading cryptocurrency are scams, it’s actually frightening.”

He urged people interested in trading cryptocurrency to only use mainstream websites and not fall for ‘too good to be true’ claims.

It’s unclear whether the operators of these sites use Varadkar for this scheme due to his position as Minister for Enterprise, Trade and Employment or because he is simply a recognisable public figure.

One fake article seen by The Journal referred to him not as a politician but as a ‘businessman’.

“Scams are absolutely rife. And there are a lot of different forms that they take,” Charalambous continued.

“People might have seen one with Graham Norton recently and there was one with Miriam O’Callaghan.”

In February Facebook apologised unreservedly to O’Callaghan and both parties reached a court settlement over false and misleading advertisements that appeared on Facebook.

“Most people, if you’d asked them: ‘Would a politician like Leo Varadkar endorse cryptocurrency?’, you’d think that most people would say, ‘No, I don’t think that that would be something that somebody of his nature or standing should do’. But people sometimes make quick decisions because of a fear of missing out,” he concluded.

A spokesperson for the Tánaiste said: “‘A number of people including the Tánaiste have been targeted by misleading advertising.

“The government is already toughening up regulations around online misrepresentation. But there is also an onus on all web sites to ensure that they do not carry false, incorrect, misleading or defamatory material.”