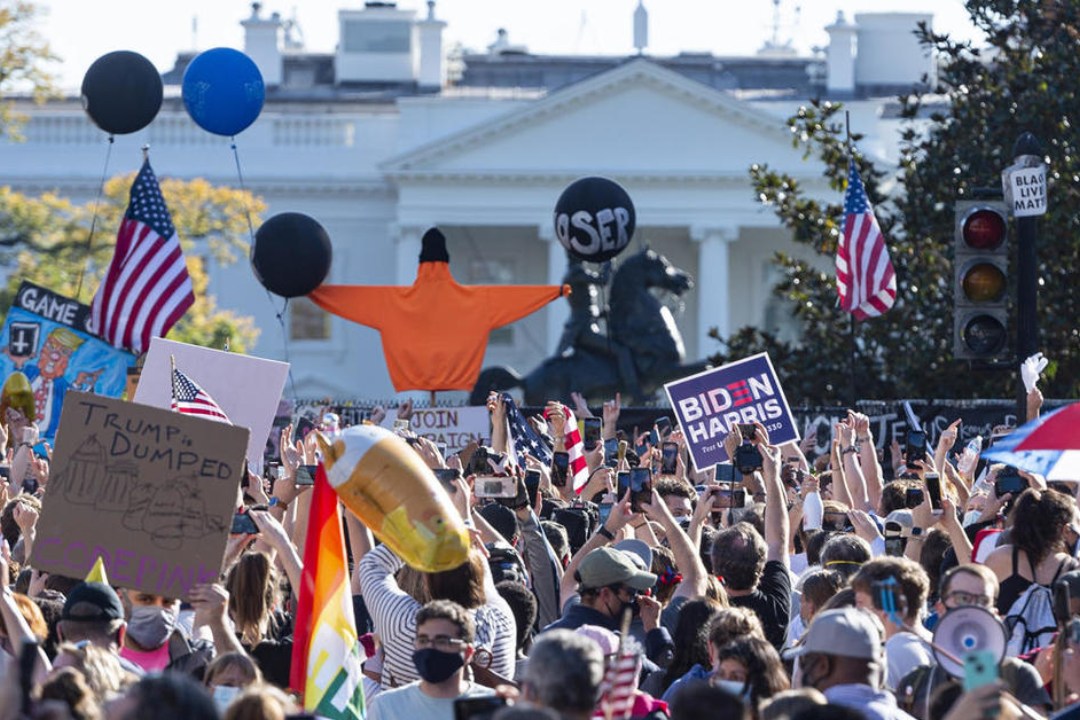 Yet another media narrative that had drastic political and cultural implications seemed to go belly-up this week as Georgia saw massive turnout in its primaries after being portrayed as the epicenter of a nationwide Republican voter suppression wave.

Yet another media narrative that had drastic political and cultural implications seemed to go belly-up this week as Georgia saw massive turnout in its primaries after being portrayed as the epicenter of a nationwide Republican voter suppression wave.

Widely decried as a “Jim Crow” level of voter suppression, the Georgia voting law received intensely negative media coverage last year. In the first major statewide slate of races since its inception, however, there were record voting numbers, including among minorities.

“The media picked up this storyline without any pushback,” Fourth Watch media newsletter editor Steve Krakauer told Fox News Digital. “They were glad to push that same exact storyline as what was getting pushed by the Democratic Party… Record turnout, results were quick and clear, decisive, and absolutely zero impact from what was being portrayed as what might actually happen. It’s another example of the media unsurprisingly going down this path of just echoing the talking points of one political party and getting it wrong for their audience.”Buoyed in part by high interest in the state’s Republican primaries, early voting was up 168 percent this year compared to the 2018 primaries, and 212 percent up from 2020, according to Secretary of State Brad Raffensperger’s office. Over 100,000 more Black voters cast early ballots as well, compared to 2018. Raffensperger Chief of Staff Ari Schaffer told Fox News Digital roughly 64,000 absentee ballots out of 94,000 requested had been returned as of Monday morning.

As for the primary day itself on Tuesday, few complications arose. A front-page Atlanta Journal-Constitution headline on Wednesday read, “Voters find short lines, few issues at polling places.” Turnout surged compared to the last midterm election cycle; despite facing no opposition in her Democratic gubernatorial primary, Stacey Abrams got more than 700,000 votes, while in 2018, 555,000 votes combined were cast for Abrams and Democrat Stacey Evans in their primary race. In the GOP primary race won easily by Gov. Brian Kemp, nearly 1.2 million votes have been counted as of Wednesday, nearly doubling the 608,000 in the same contest from 2018.

But last year, as Kemp signed SB 202 into law, Democrats and mainstream media allies erupted in outrage. The law was widely framed as a restrictive measure that would make it more difficult for minorities to vote, and in the ensuing uproar, Major League Baseball succumbed to pressure and pulled the 2021 All-Star game from Atlanta’s Trust Park. The law was criticized in part as only being passed in response to former President Trump’s voter fraud claims from 2020.

“I think that the media coverage of voting law has been incredibly hostile, and it’s not entirely unexpected given the context in which the new Georgia voting law arose,” University of Georgia professor of Public Affairs Communications Joseph Watson told Fox News Digital.

Among the law’s changes were to prevent government agencies from mailing applications unsolicited, require using driver’s licenses or some other form of photo ID instead of signature-matching to verify their identity in absentee ballot applications, and codify ballot drop boxes into law. It mandated precincts hold at least 17 days of early voting and left in place no-excuse absentee voting while shortening the window to apply for ballots to 67 days.

Vanity Fair said the law put “severe restrictions on voting,” MSNBC’s Joy Reid called it the “South Africa strategy,” likening it to apartheid, and one CNN “analysis” said the law “could suppress the votes” of non-Republican voters. MSNBC contributor Jason Johnson said the law was racist and destructive to democracy, the Washington Post editorial board claimed that the law made voting more difficult, and CNN’s Don Lemon called it the “new Jim Crow.”

In one piece, liberal Post deputy editorial editor Ruth Marcus agreed with Biden calling the law “un-American,” and CNBC reported on corporations who were taking aim at “Georgia’s new voting restrictions.” Abrams herself told MSNBC that Republicans were “stealing the right to vote.”

“There simply isn’t room to catalog all of the bad takes that this law produced,” the Washington Free Beacon’s Drew Holden wrote in a piece compiling some of the more melodramatic “Jim Crow” coverage.

“I don’t think there’s going to be any introspection or humility or looking back or trying to correct the record,” Krakauer said, calling it damaging to wider media credibility. “The media owes it to the audience to give a full nuanced accounting of this and not to just buy into one storyline or the other, and to get it right the first time by not jumping to conclusions.”

Watson said it’s up to journalists to not simply regurgitate what they hear from partisan actors without properly following up, noting he warns his own students in public affairs communications of the same thing.

“I think that all journalists need to follow the facts and do their own investigations, make their own assessments of those facts in their reporting,” he told Fox News Digital. “Journalists have to be objective in terms of how they assess that information… You wind up conveying a lot of hyperbole and a lot of things that may well be specious into your reporting, and then when the facts in hindsight don’t support it, it makes your reporting look like it was not very good. So I would expect that it’s important that journalists follow the facts and not just parrot the hyperbole that they get from candidates on either side of the aisle.”

Even with the high turnout in Georgia’s primaries, some outlets framed it this week as occurring in spite of the new election law.

“Georgia primary running smoothly despite new election law,” an Associated Press headline read on Wednesday, in a story that went on to suggest voters were more likely to be tripped up in the general election in November. The Washington Post’s headline on Saturday read, “Voting is surging in Georgia despite controversial new election law.”

Left-wing MSNBC host Joy Reid complained to Abrams in an interview Monday that a narrative was settling in that the Georgia law wasn’t voter suppression because of the increased turnout, and Axios reporter Alexi McCammond suggested Tuesday on MSNBC that Republicans were spinning the truth by pointing to the turnout numbers.

While former President Trump’s endorsed candidates around the country have been largely successful this cycle, high-profile ones in Georgia weren’t on Tuesday night. Kemp fended off a primary challenge from former GOP Sen. David Perdue, winning by more than 50 points. Perdue echoed Trump’s claims of voter fraud and a rigged election in 2020, but Kemp buried him to avoid a runoff.

Raffensperger’s race for Secretary of State was widely expected to head to a runoff in the GOP primary, but he surpassed the 50-percent barrier to capture the Republican nomination over Trump-backed opponent Jody Hice. Trump had wanted badly to oust Kemp and Raffensperger for not overturning his narrow 2020 defeat in Georgia at the hands of Biden, and it remains to be seen whether he’ll intervene in their general election fights.