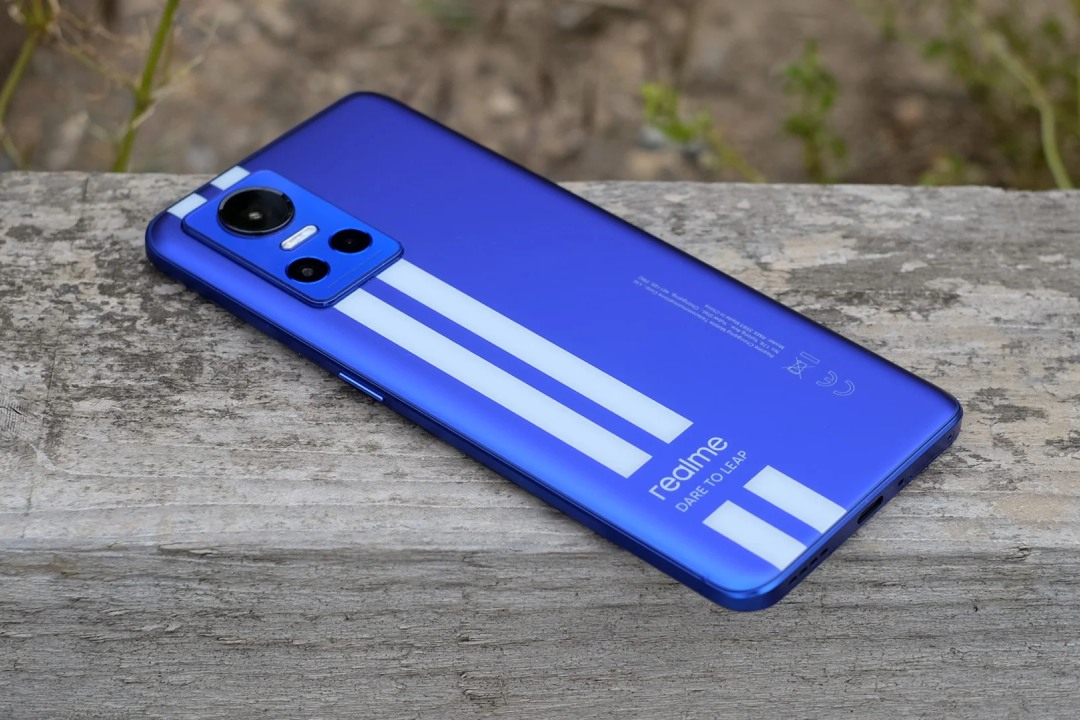 realme has always been known as a trendsetting smartphone brand with innovative designs. After the success of the GT NEO 2 Dragon Ball Z edition, realme introduced the world’s first Naruto co-brand smartphone.

As a pioneer in cross-industry co-branding, realme combines the best from both sides, bringing the emotional side from anime, fashion and gaming to merge with the rational side of tech. After the global launch of GT Neo 3 Naruto Edition in May, the device has finally reached UAE to be reviewed by the media and tech bloggers in the country.

The smartphone’s rear design is inspired by Naruto’s outfit in the Naruto: Shippuden series, with orange as the primary color paired with matte black and metallic grey. In particular, the smartphone’s metallic back features unique micro 3D patterns that produce a naked-eye 3D effect, resembling Naruto’s classic headband as well as the realme and Naruto series logos. In the matte black color section, realme demonstrates their meticulousness by detailing the glossy stripes with a highly complex high-precision procedure adapted from Naruto’s facial pattern along with Naruto’s family badge.

Another noteworthy feature is the charging animation with the 150W Ultra Dart charging kit. Not only customizing the user interface, but the screen also performs protagonist using “Rasengan” and the five basic elements when the 4500 mAh battery is being charged. Besides, other details include a themed user interface, Naruto’s scroll-inspired packaging, a pin in the shape of the Hidden Leaf village logo, customized phone cases, HD wallpapers, and a 33W Fast Charging 10,000mAh realme power bank 3 Pro.

In terms of performance, realme GT NEO 3 Naruto edition features the same specs with the normal variant. It is powerful with UltraDart 150W fast charging technology which allows the user to charge the device’s battery from 0% to 50% in 5 minutes; Powered by Dimensity 8100 Mobile Platform. realme GT NEO 3 Naruto Edition can deliver higher CPU efficiency and achieve an impressive and stable 90 fps in gaming experience.

An Innovator in Co-Branding

realme has made breakthroughs in co-branding with not just the anime industry, but also in gaming and fashion. This year, realme collaborated with the popular survival shooter mobile game to bring live the realme 9 Pro+ Free Fire Limited Edition, which has the game pre-installed on the device with uniquely-designed wallpapers and a special icon pack. For the fans of Free Fire, the device is a definite catch as it also comes with a Free Fire map, a SIM ejector tool styled like a knife, co-branded stickers, and the phone itself has a unique color.

Furthermore, realme is also the first smartphone brand to debut on Paris Fashion Week runway co-branding with Danish designer brand Heliot Emil for the recently launched realme 9 Pro series. This collaboration has attracted reporting from top tier international fashion outlets, including Vogue and Hypebeast, and opened doorways for the brand to reach a new group of consumers.