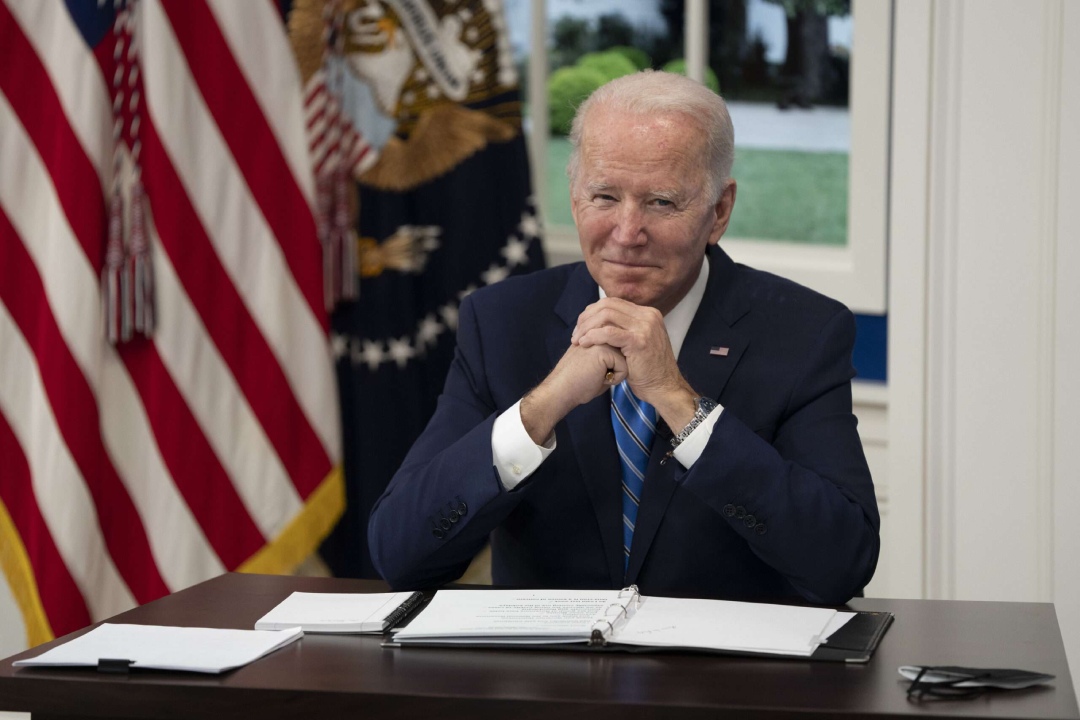 The New York Times published a stunning report about President Biden's age and how it's becoming an "uncomfortable issue" for the White House and the Democratic Party.

The New York Times published a stunning report about President Biden’s age and how it’s becoming an “uncomfortable issue” for the White House and the Democratic Party.

The headline of the report on Saturday declared that 79-year-old Biden is “testing the boundaries of age and the presidency,” first highlighting how his upcoming trip to the Middle East was initially tacked onto his recent trip to Europe with one anonymous official calling it “crazy” if the president had done a 10-day trip overseas, those aides tell the Times there were “political and diplomatic” reasons behind separating the trip into two.

“But the reality is that managing the schedule of the oldest president in American history presents distinct challenges,” Times chief White House correspondent Peter Baker wrote. “And as Mr. Biden insists he plans to run for a second term, his age has increasingly become an uncomfortable issue for him, his team and his party.”

Baker recapped from Biden’s European trip how he needed guidance from another world leader to look at the cameras for a photo-op and how now-outgoing British Prime Minister Boris Johnson answered a question on behalf of the president, who didn’t hear a reporter shouting a question about Ukraine.

“At times, Mr. Biden kept a packed schedule. On the day he flew to Madrid for a NATO summit, he met with multiple leaders and finished with a dinner hosted by King Felipe VI and Queen Letizia of Spain. On another day, though, he skipped evening festivities with other leaders, and his public schedule finished with a 3:30 p.m. event,” Baker wrote. “But aides said he was busy and stayed up working late each night of the trip out of view — just as they say they expect him to in the coming week as he hits the road again in Israel and Saudi Arabia.”

Baker wrote that Biden’s age has become “a sensitive topic in the West Wing,” noting that he is already one year older than President Reagan was when he finished his second term. He alleged “more than a dozen current and former senior officials and advisers uniformly reported that Mr. Biden remained intellectually engaged, asking smart questions at meetings, grilling aides on points of dispute, calling them late at night, picking out that weak point on Page 14 of a memo and rewriting speeches like his abortion statement on Friday right up until the last minute.”

However, the Times acknowledged that Biden’s energy level is “not what it was” and that some aides “quietly watch out for him.”

“He often shuffles when he walks, and aides worry he will trip on a wire. He stumbles over words during public events, and they hold their breath to see if he makes it to the end without a gaffe,” Baker detailed. “Although White House officials insist they make no special accommodations the way Reagan’s team did, privately they try to guard Mr. Biden’s weekends in Delaware as much as possible. He is generally a five- or five-and-a-half-day-a-week president, although there are times when he is called at any hour regardless of the day. He stays out of public view at night and has taken part in fewer than half as many news conferences or interviews as recent predecessors.”

The White House was irked by the amount of media attention Biden’s fall off his bicycle received in June despite his regular workout routine and that his “admirers” still question his ability to lead for another six years if reelected in 2024.

David Gergen, a former White House adviser for four presidents who turned 80 in May, told the Times he feels it’s “inappropriate” to seek the presidency beyond 80 years old, insisting he wouldn’t trust himself to run any organization since “you’re not quite as sharp as you once were.”

But “longevity specialist” S. Jay Olshansky of the University of Illinois Chicago said “there’s no evidence that the age of Biden should matter one ounce” but said the “right question” is whether the president’s mental fitness will reach to 86, the age he’d be at the end of a second term, telling the Times, “Things go wrong as we get older and the risks rise the older we get.”

After citing a June poll showing 64% of voters say Biden is too old to be president, Baker wrote that Biden’s public appearances “fuel that perception.”

“His speeches can be flat and listless. He sometimes loses his train of thought, has trouble summoning names or appears momentarily confused. More than once, he has promoted Vice President Kamala Harris, calling her ‘President Harris,'” Baker told readers. “Mr. Biden, who overcame a childhood stutter, stumbles over words like ‘kleptocracy.’ He has said Iranian when he meant Ukrainian and several times called Senator Mark Warner, Democrat of Virginia, ‘John,’ confusing him with the late Republican senator of that name from Virginia.”

He then pointed to various moments the White House had to walk back Biden’s comments like when he vowed that the U.S. would militarily respond if China invaded Taiwan and when he declared Russian President Vladimir Putin “cannot remain in power.”

But according to longtime Biden adviser Mike Donilon, he has not seen much change, telling the Times, “On the way back from long trips when the staff is wiped out, he’ll want to spend four hours planning for how we hit the ground running on domestic policy, when all much younger staff want to do is sleep.”