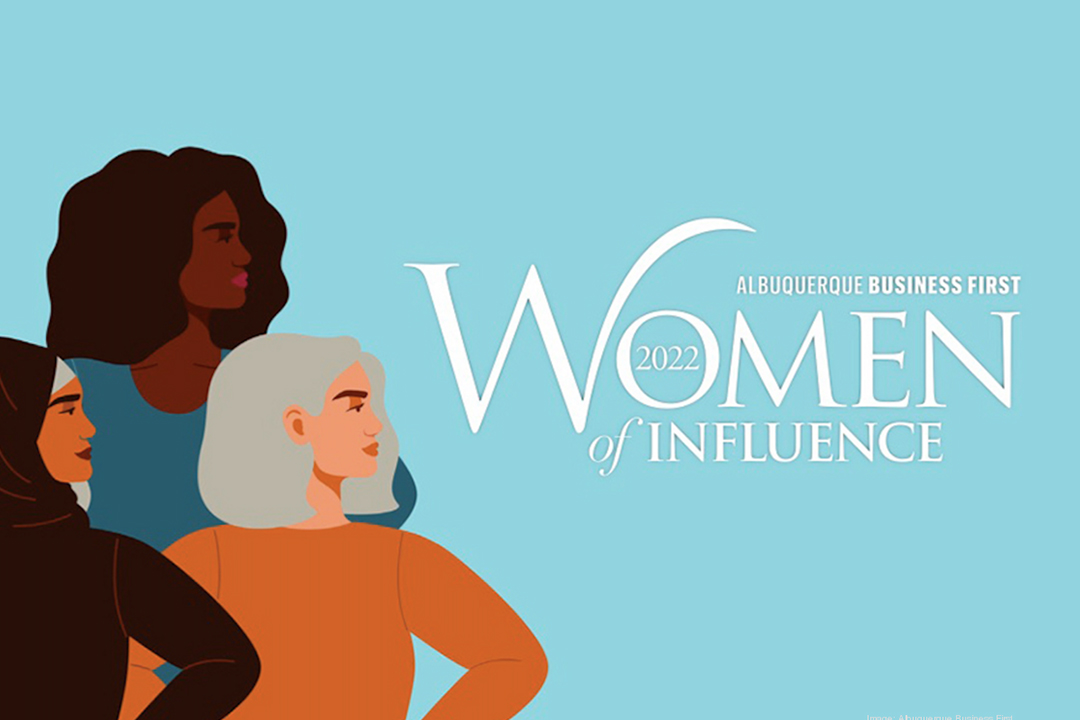 The recipient of the 2022 Jennifer Riordan Woman of Influence Community Impact Award will also be honored at the event.

For 18 years, Albuquerque Business First has highlighted some of the most determined and influential women across the community.

From finance to media to government work — and lots in between — these women come from a variety of backgrounds and fields. And despite these differences, the 2022 Women of Influence honorees all have one thing in common: dedication.

This year, Business First chose 24 women who are passionate, ambitious and motivated to make both their industries and communities the best they can be.

The selection process for this year’s Women of Influence began with an open call for nominations. Nominees were then asked to submit an application for our judges.

The judges for this year were members of the 2021 Women of Influence class. Applicants were judged based on their professional achievements, leadership and community involvement. The top scorers were then named honorees. Judges recused themselves from voting on any applicants with whom they had close ties.

A special ceremony honoring the 2022 class will take place on Feb. 28 at Sandia Resort and Casino. The awards and luncheon will be preceded by Bizwomen Mentoring Monday, an event in which attendees will have the opportunity to participate in coaching sessions with local female mentors.

The recipient of the 2022 Jennifer Riordan Woman of Influence Community Impact Award, who will be announced next week, will also be honored at the event.

To learn more about the Women of Influence event, click here.

The presenting sponsors for the event are Nusenda Credit Union and Albuquerque Plumbing, Heating and Cooling. CHRISTUS St. Vincent is a supporting sponsor.

6 Critical Steps You Need To Take to Drive Business Agility