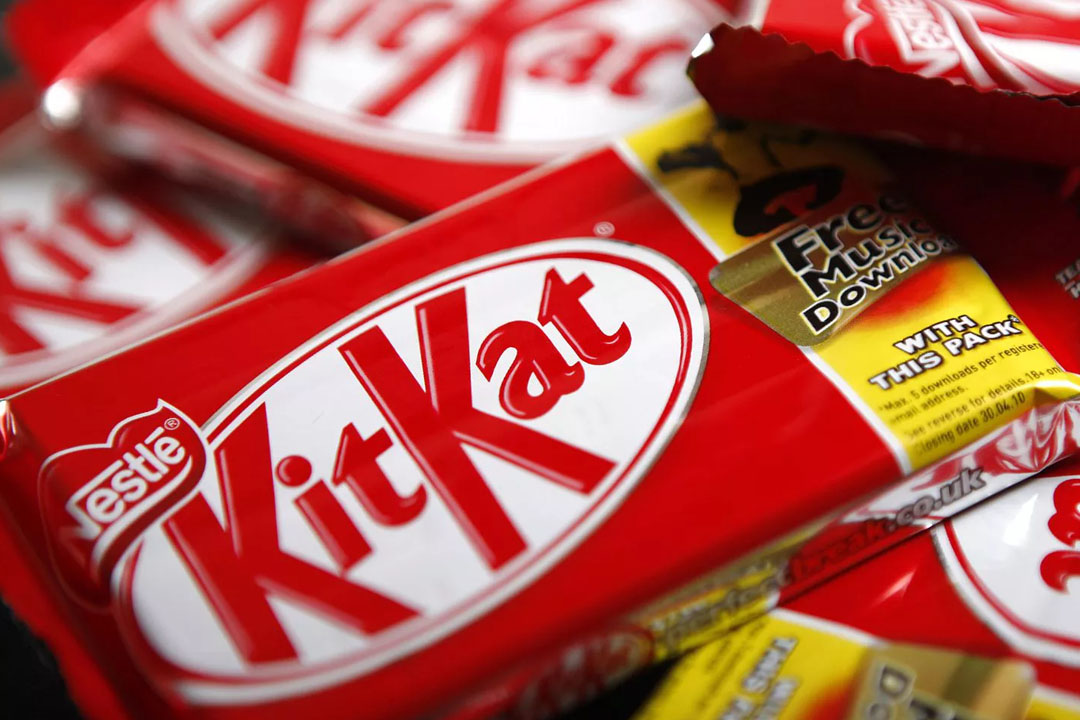 The move comes a few days after Ukrainian President Volodymyr Zelensky criticized Nestlé for the company's continued relationship with Russia during an address to the people of Switzerland.

Following criticism from Ukraine’s president over Nestlé’s ties to Russia, the company is halting the sale of more of its brands in the country.

“Going forward, we are suspending renowned Nestlé brands such as KitKat and Nesquik, among others,” the Swiss multinational brand said in a statement. “We have already halted non-essential imports and exports into and out of Russia, stopped all advertising, and suspended all capital investment in the country.”

The move comes a few days after Ukrainian President Volodymyr Zelensky criticized Nestlé for the company’s continued relationship with Russia during an address to the people of Switzerland.

“‘Good food. Good life.’ This is the slogan of Nestlé. Your company that refuses to leave Russia,” Zelensky said in the speech. “Even now — when there are threats from Russia to other European countries. Not only to us. When there is even nuclear blackmail from Russia.”

Nestlé (NSRGY), the world’s largest food and beverage company and the maker of such iconic brands as Gerber baby food, Cheerios, and Dreyer’s ice cream, defended itself and pointed to what it says are sweeping changes since Russia invaded Ukraine.

“We are focused on providing essential foods such as baby food and medical/hospital nutrition products,” a Nestle spokesperson told CNN Business on Wednesday. “This means we will suspend the vast majority of our pre-war volume in Russia.”

Nestlé employs more than 7,000 workers in Russia, most of whom are locals. The company has previously said that is identifying solutions for its employees and its factories in Russia, and it will continue to pay its employees there.

“Unfortunately, he shows no understanding,” Shmyhal wrote on Twitter after saying he spoke to the Nestlé CEO. “Paying taxes to the budget of a terrorist country means killing defenseless children & mothers. Hope that Nestlé will change its mind soon.”