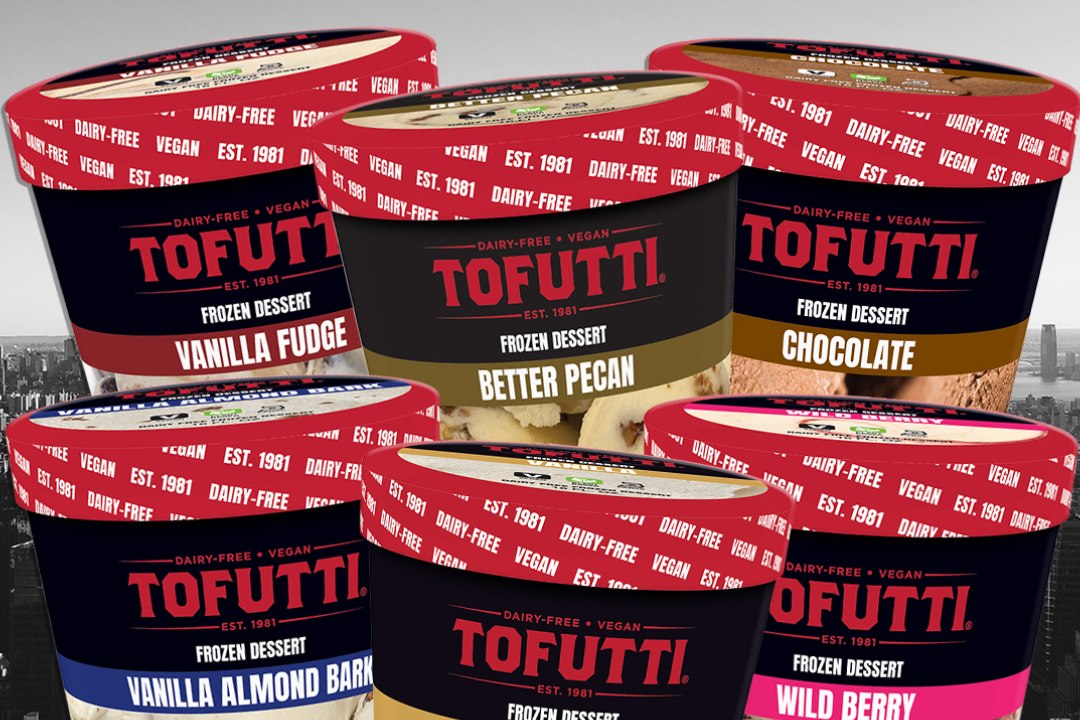 Tofutti Brands, Inc., the company that started it all in the dairy-free foods industry, begins launching its new packaging later this month. Plant-based before plant-based was cool.

Tofutti Brands, Inc., the company that started it all in the dairy-free foods industry, begins launching its new packaging later this month. Plant-based before plant-based was cool, Tofutti’s new look improves branding and puts the company in a better position to compete in an ever-growing and competitive market.

“Today’s natural foods market is flooded with competitors, so we knew it was time to reassess our branding. We want consumers to recognize all Tofutti products as Tofutti products,” said Steve Kass, Chief Executive Officer. Mr. Kass, who has been with Tofutti since 1986, believes that having a uniform look will not only make it easier for consumers to spot Tofutti on increasingly crowded store shelves, but will also reenergize retailers. “It’s not every day that a forty-year-old company changes it’s look; buyers are already enthusiastic about the changes,” said Kass.

Tofutti’s new black packaging with bold lettering has a retro feel, fitting for a company founded in 1981. However, it’s not just Tofutti’s packaging that has changed. Last summer the company debuted a revamped logo with is the word “vegan.” Vegan being the operative word, as the company found that vegans and vegetarians are Tofutti’s largest and most devoted group of customers.

“Look at the sorts of people who follow us on social media. It’s obvious that vegans are our biggest fans,” said Gerry Pugliese, Marketing & Public Relations Manager. “Adding ‘vegan’ will make our current customers happy and act as a bullhorn for attracting new, like-minded consumers – a new vegan is born every day!” But Pugliese acknowledges that Tofutti’s customer base is still diverse and other types of consumers will not be forgotten. “Tofutti started as a Kosher Parve brand, it’s part of who we are, we’ll always be that too,” he assured, “But now we shout ‘vegan.’” None of Tofutti’s products contain any animal products or derivatives.

And Tofutti didn’t leave out important buzzwords on its new packaging. All Tofutti’s products now say “plant-based” and on the company’s vegan cheese and sour cream products “gluten-free” is listed. Previously, that messaging was not on some products; certifications like Kosher Parve and Halal will continue to be appear as well. Tofutti is confident that the new branding, in addition to improvements in social media and digital marketing, sales, and distribution will help ensure the company remains a leader in plant-based foods.

New packaging will begin filtering into stores this Fall and over the course of the year the old packaging will be phased out. Mr. Kass closed by saying that Tofutti might look different, but inside is the same delicious product and passion for dairy-free foods that has fueled the company for over forty years. Tofutti now appears ready for its next generation of customers.