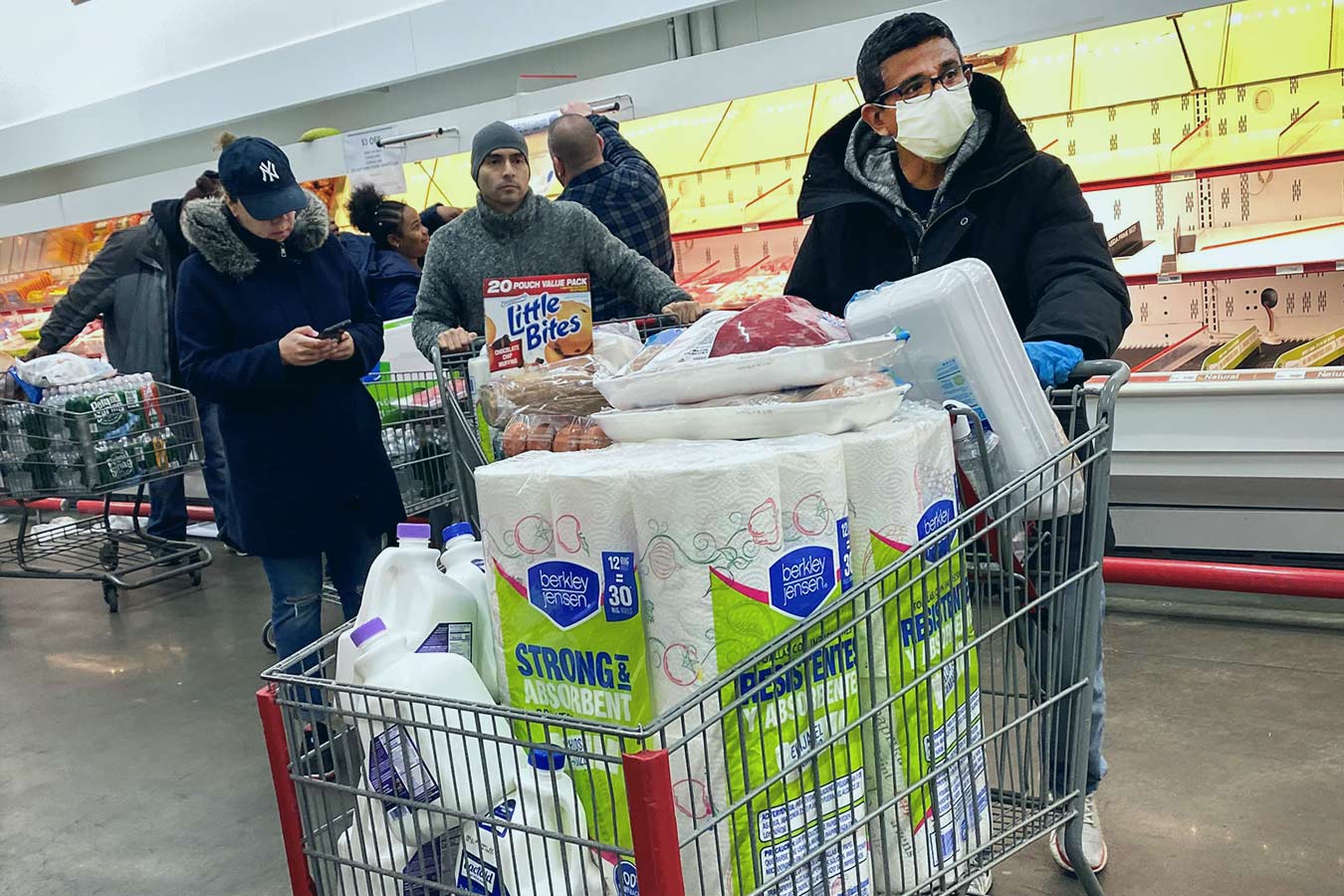 Last year it was the lockdown. This year it is the curfew. The result is the same as there has been a spike in grocery sale across the State.

Supermarket Delfinos reported that basket sales were up 100 percent on Friday. Similar trends were seen in most outlets, including Magsons.

Delfinos director Anil Pereira said, “If the crowd is anticipating a lockdown in the next two or three days, it becomes very difficult for us to control the crowd, which is already panicky. However, we had to stick to our SOPs”.

In South Goa, Borkars director Nihaal Borkar said, “It is panic. The basket size has increased and it has doubled in the last two days even though the footfall was the same”.

Kirit Maganlal, a partner in Magsons, however, believes that people are more restrained this time and are buying a little extra but it does not seem to be panic buying. “The basket size has gone up by 35 percent but it is not panic buying as people are now experienced and assured that they will get what they want”.

Stores are also facing different timings placed by panchayats that are affecting their operations.

Pereira said, “The government should give more time for the shopkeepers to keep their establishments open so that the crowd can be spaced out and there is no rush. In Taleigao it is 7am to 1pm while in Porvorim it is 7am to 11am and in Calangute it is 7am to noon”.

“We are facing different opening and closure timing of our stores in different panchayats. The overall window is from 6 am to 1 pm. We have 11 stores but only nine are operational as Varca panchayat has called for a complete shutdown and our Caculo Mall store is also shut as the mall is shut down,” Maganlal said.

Borkar, “Many panchayats like in Varca and Benaulim are not letting us open the store. It is their will not to let us open our shop. There are different timings in every village. We have 14 stores and only five are operational as of now and others which are not closed are complying to panchayat dictates”.

Pereira feels that with each panchayat taking its own decision there is no universal messaging. “All these different timings and messages add to the panic and the purpose is defeated. Supplies are normal but people are panicking. This spurt in buying started on Thursday onwards and on Friday morning it was a rush”.