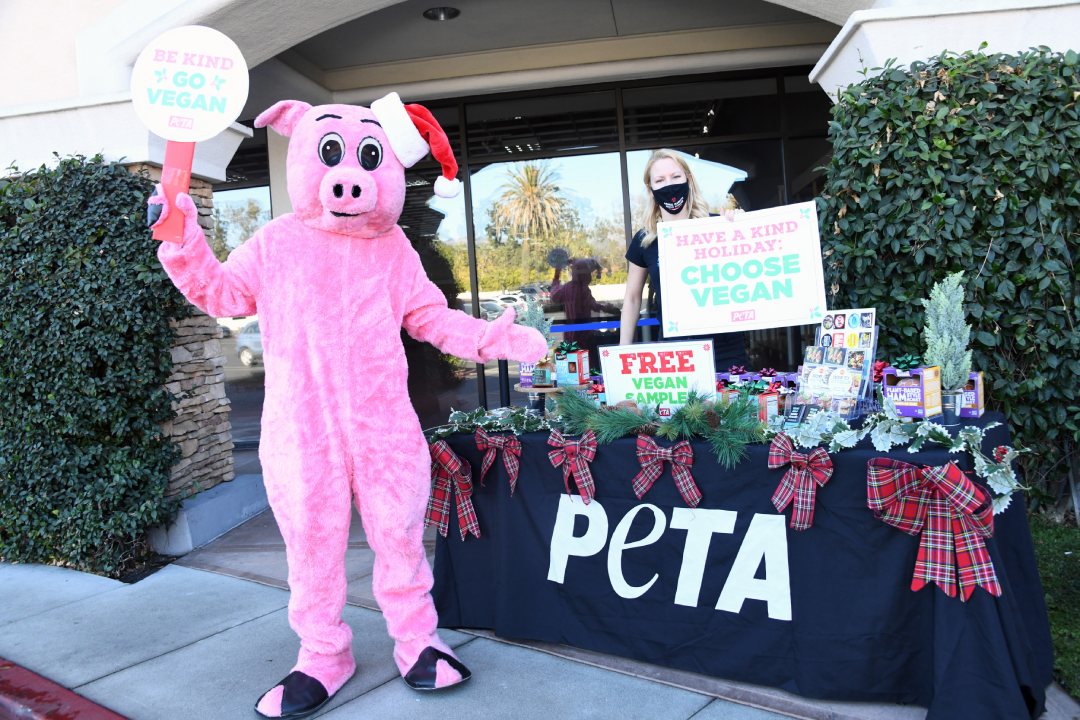 Pedestrians on State Street Saturday afternoon were greeted by the squawks of distressed chickens as an animal rights group brought their guerilla marketing campaign to town.

Pedestrians on State Street Saturday afternoon were greeted by the squawks of distressed chickens as an animal rights group brought their guerilla marketing campaign to town.

People for the Ethical Treatment of Animals (PETA) had parked a box truck across three parking spaces just above North Pearl Street depicting chickens on their way to the slaughterhouse, complete with speakers pumping their cries up and down the street.

Lettering on the truck’s cab claimed it was from the “Hell on Wheels Chicken Company” and depicted a cartoon chef winking while holding a chicken by the neck.

On the back of the truck was small sign that read, “Does this bother you? Then go vegan.”

The truck stopped in Albany after visiting Buffalo and Syracuse as part of a national tour, according to PETA.

“Behind every chicken sandwich or buffalo wing was a once-living, sensitive individual who was crammed onto a truck for a terrifying, miserable journey to their death,” according to PETA Executive Vice President Tracy Reiman. “PETA’s ‘Hell on Wheels’ truck is an appeal to anyone who eats chicken to remember the meat industry’s cruelty to birds and that the kindest meal is a vegan one.”

The guerilla marketing campaign was turning heads just after 4 p.m. Saturday. Pedestrians gave the truck quizzical looks as they passed by, with some stopping. A women filmed the truck with her smartphone.

The truck was parked on State Street to be visible to the most people, according to PETA Manager of Campaigns Tricia Lebkuecher.

The campaign was meant to invite passersby to take a moment to contemplate the fate of the more than 10 billion chickens slaughtered in the U.S. each year for meat, Lebkuecher said.

PETA opposes “speciesism,” which it defines as “a human-supremacist worldview.” The organization is known for its confrontational views and guerilla messaging, which has recently included protesters covered in fake blood throwing themselves in front of a Nordstroms in Garden City to protest their carrying of Canada Goose jackets.

The Hell on Wheels truck plans to stop at the Times Square Chick-fil-A and the Memphis Chicken and Beer festival in upcoming weeks, according to PETA.