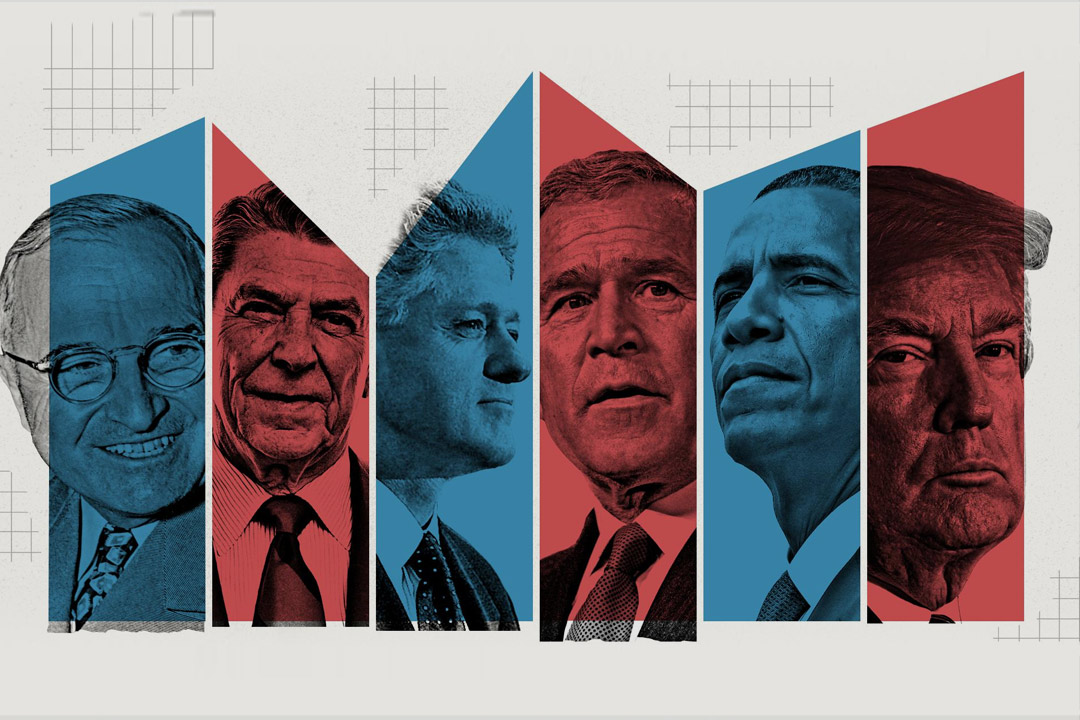 'If freedom of speech is taken away, then dumb and silent we may be led' – George Washington.

While the political divide in our country may seem as intense as ever, some of the nation’s greatest presidents in our history have shared important advice about unity and patriotism that has resonated throughout time — and does to this day.

As we celebrate Presidents’ Day this year on Feb. 21, 2022, their advice and words of wisdom are worth another look.

HOW DID PRESIDENTS’ DAY BEGIN?

Notable commanders-in-chief like Revolutionary War hero and first President George Washington conveyed the importance of pride in country and freedom of speech on America’s foundation.

Civil War victor and lawyer Abraham Lincoln left his legacy with a focus on the threat the nation poses to itself when Americans turn against one another.

Presidential historian Craig Shirley, author of a new book, “April 1945,” said in an interview with Fox News Digital that Washington is the “foundation of America” — while Lincoln always considered the intentions of the Founding Fathers.

Shirley stressed that all Americans should relish the words of these former patriots, and that their words should be “taken literally” by civilians and politicians alike.

“Every action done in company ought to be with some sign of respect, to those that are present.”— George Washington

“Everybody should shout those words,” Shirley said.

“There should be no disagreement about those words whatsoever,” he added. “Those are actually bipartisan thoughts. They’re not just the thoughts of the Republican Party, the conservative movement or libertarians or anything else. They should be thoughts of all Americans.”

In celebration of Presidents’ Day, here is some great advice from great U.S. presidents, pulled from their speeches and writings.

“If freedom of speech is taken away, then dumb and silent we may be led, like sheep to the slaughter.” — Washington’s Address to the Officers of the Army, March 15, 1783

“Happiness depends more upon the internal frame of a person’s own mind, than on the externals in the world.” — Letter to mother Mary Ball Washington, Feb. 15, 1787

“For in politics … my tenets are few and simple. The leading one of which, and indeed that which embraces most others, is to be honest and just ourselves and to exact it from others, meddling as little as possible in their affairs where our own are not involved. If this maxim was generally adopted, wars would cease and our swords would soon be converted into reap hooks and our harvests be more peaceful, abundant, and happy.” — Letter to Dr. James Anderson, Dec. 24, 1795

“A primary object should be the education of our youth in the science of government. In a republic, what species of knowledge can be equally important? And what duty more pressing than communicating it to those who are to be the future guardians of the liberties of the country?” — Eighth Annual Message to Congress, Dec. 7, 1796.

“Guard against the impostures of pretended patriotism.”

“Citizens by birth or choice of a common country, that country has a right to concentrate your affections. The name of American, which belongs to you, in your national capacity, must always exalt the just pride of Patriotism, more than any appellation derived from local discriminations.”

“It is of infinite moment, that you should properly estimate the immense value of your national Union to your collective and individual happiness; that you should cherish a cordial, habitual, and immovable attachment to it; accustoming yourselves to think and speak of it as of the palladium of your political safety and prosperity; watching for its preservation with jealous anxiety; discountenancing whatever may suggest even a suspicion, that it can in any event be abandoned; and indignantly frowning upon the first dawning of every attempt to alienate any portion of our country from the rest, or to enfeeble the sacred ties which now link together the various parts.”

“Associate yourself with Men of good Quality if you Esteem your own Reputation; for ’tis better to be alone than in bad Company.”

“Every action done in company ought to be with some sign of respect, to those that are present.”

“When a man does all he can though it succeeds not well blame not him that did it.”

“Speak not evil of the absent for it is unjust.”

“I leave you, hoping that the lamp of liberty will burn in your bosoms until there shall no longer be a doubt that all men are created free and equal.” — Speech in Chicago, Illinois, July 17, 1858

“Our reliance is in the love of liberty which God has planted in our bosoms. Our defense is in the preservation of the spirit which prizes liberty as the heritage of all men, in all lands, everywhere.” — Speech at Edwardsville, Sept. 11, 1858

“This is a world of compensations; and he who would be no slave, must consent to have no slave. Those who deny freedom to others, deserve it not for themselves; and, under a just God, can not long retain it.” — Letter to Henry L. Pierce, April 6, 1859

“Let us at all times remember that all American citizens are brothers of a common country, and should dwell together in the bonds of fraternal feeling.” — Springfield, Illinois, remarks, Nov. 20, 1860

“At what point then is the approach of danger to be expected? I answer, if it ever reach us, it must spring up amongst us. It cannot come from abroad. If destruction be our lot, we must ourselves be its author and finisher. As a nation of freemen, we must live through all time, or die by suicide.”

“Let every American, every lover of liberty, every well-wisher to his posterity, swear by the blood of the Revolution, never to violate in the least particular, the laws of the country; and never to tolerate their violation by others.”

“Leave nothing for tomorrow which can be done today.”