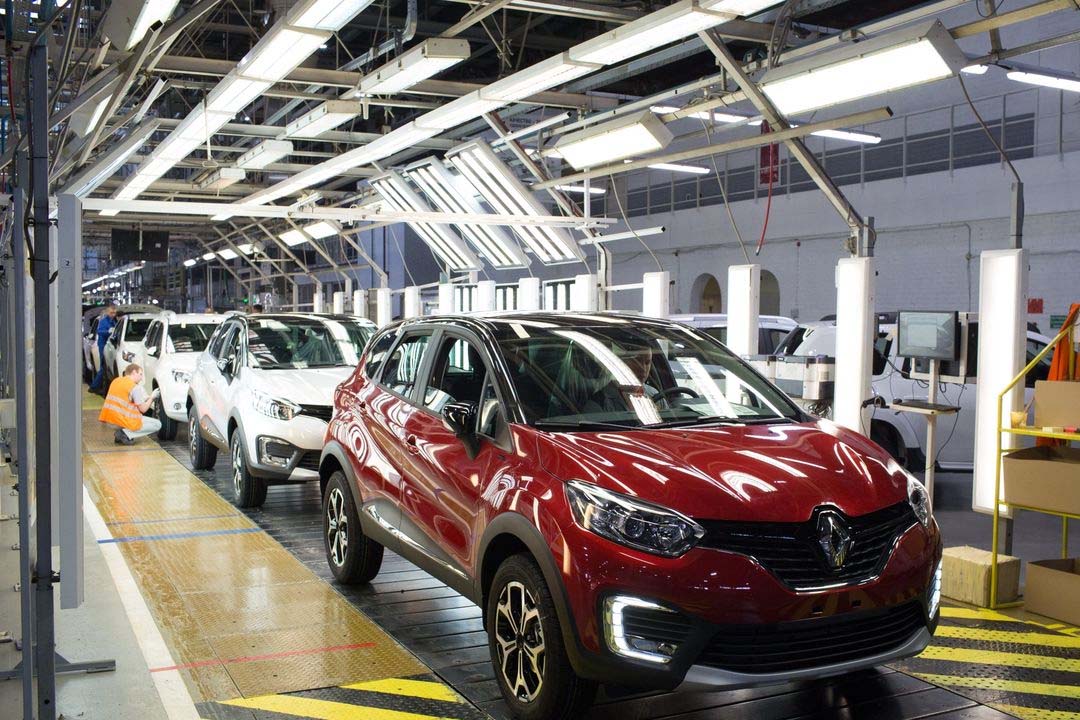 Renault SA is preparing for an exit from Russia amid mounting pressure on the French automaker to stop doing business in the country over its invasion of Ukraine.

The company is halting operations at its Moscow plant, it said Wednesday, and is considering the future of a longstanding Russian venture called AvtoVaz. In response to the pullback from its second-biggest market, Renault revised downward its financial outlook for this year both for profit margin and free cash flow.

Its operating margin is now seen narrowing to around 3% this year from a forecast of at least 4%, the manufacturer said. Automotive operating free cash flow would be “positive” rather than at least 1 billion euros ($1.1 billion). Bloomberg reported earlier the carmaker was mulling options for its business in Russia.

The automaker’s stock fell as much as 2.7% in early Thursday trading in Paris, taking losses since the Russian invasion of Ukraine to about 30% on investor concern about its exposure to the market.

“Given the magnitude of the earnings cut and asset impairment, we expect further near-term downward pressure on the shares,” Citigroup analyst Gabriel Adler said in a note.

The retreat from Russia deals yet another blow to Renault, which has been beset by a series of crises that began in 2018 when the arrest of former leader Carlos Ghosn nearly unraveled its partnership with Nissan Motor Co. The company relied on a government-backed loan to get through the worst of the pandemic and has been hit hard by the subsequent global semiconductor shortages.

Renault was one of the last major European companies to continue manufacturing in Russia, after Nestle SA said earlier Wednesday that it would shut down the vast majority of its production there. The automaker has significant ties in the country through its majority stake in AvtoVaz, the maker of Lada vehicles that date back to the Soviet era.

Renault’s presence is Russia is politically sensitive because the French government is its most powerful shareholder and the other partner in AvtoVaz is Rostec State Corp., headed by a Putin ally.

The company also warned that it could take a writedown in the first-half earnings statement for the value of the Russian business, which was 2.2 billion euros at the end of last year, according to the statement. Renault has about 45,000 employees in Russia.