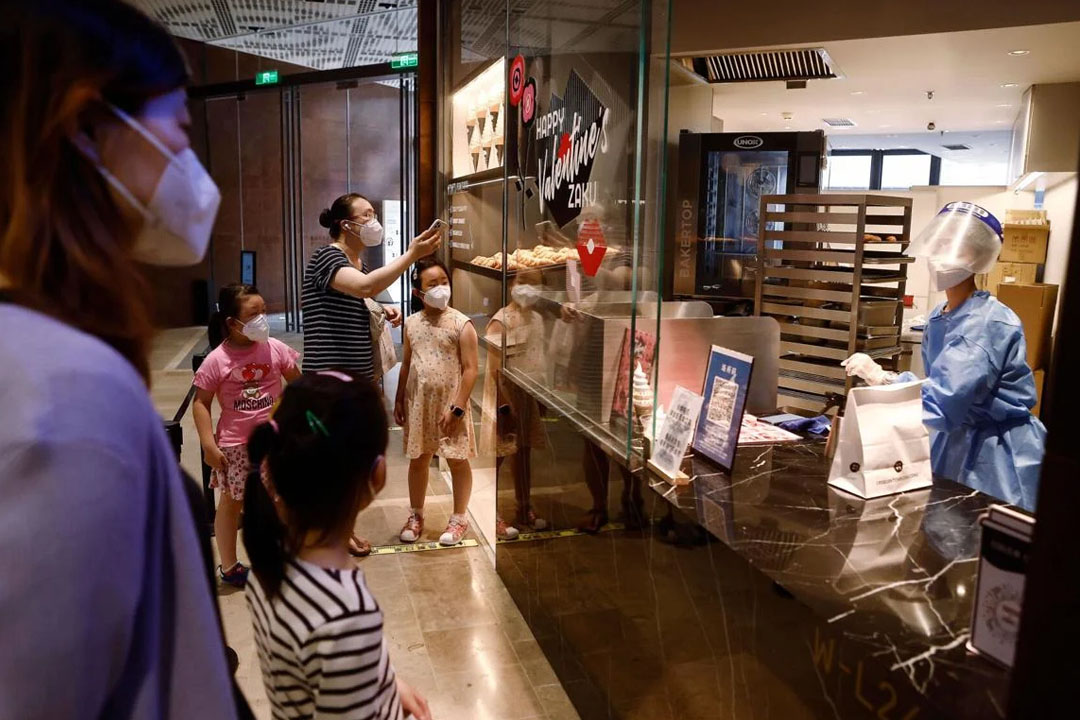 China's richest city is trying to return to business as usual after a two-month lockdown, but some restrictions will remain in place.

China’s richest and most international city is trying to return to business as usual after a two-month lockdown, but some restrictions will remain in place. Shanghai authorities on Sunday pledged to allow all businesses to open up from Wednesday. The city’s deputy mayor, Wu Qing, announced the easing of restrictions at a press conference, alongside a raft of 50 new measures being taken to revive the city’s battered economy. From June 1, businesses will no longer need so-called “white list” approval to have employees working on site. However, those wishing to get to work will still be required to present a negative Covid test 72 hours before taking public transportation. Shanghai has been under some form of lockdown since late March, leaving tens of millions of people confined at home and leading to high levels of public distress. The restrictions upended business in virtually every sector and brought the city to a standstill.

Major automakers, including Tesla (TSLA) and Volkswagen (VLKAF), were forced to suspend production temporarily, while electronics makers like Apple (AAPL) also reported severe supply chain disruptions around the city. Some businesses have also been operating under so-called “closed-loop” systems, which allow essential personnel to keep working provided they stay within certain parameters.
On Sunday, authorities said they would work to ease “unreasonable” Covid rules. The government also plans to offer tax breaks and rent assistance to businesses, and support for some construction projects. It will also reduce a sales tax on some passenger vehicles, and hand out subsidies to those who replace their cars with purely electric ones, according to state-run news agency Xinhua. Shanghai recorded zero car sales for the whole of April.

China’s economy has been hit hard by the pandemic and the government’s “zero Covid” approach, forcing analysts to lower their growth forecasts for the year. Last week, UBS downgraded its GDP estimate for 2022 to 3%, much lower than China’s official target of 5.5%. “The lingering restrictions and lack of clarity on an exit strategy from the current Covid policy will likely dampen corporate and consumer confidence and hinder the release of pent-up demand,” the bank’s economists wrote in a report. The severity of the situation led top Chinese officials to hold an emergency meeting last week, at which they vowed to roll out new relief measures to help stabilize the economy. These include loans to small businesses, higher tax refunds, and financial support for the aviation industry. Eric Zheng, president of the American Chamber of Commerce in Shanghai, said that while he welcomed the city’s new measures, they haven’t alleviated all his worries.

“For American businesses, the number one priority is to resume normal operations as soon as possible,” he told CNN Business.
“[But] all too often, sub-district and even neighborhood officials have prevented or slowed the resumption of business operations by imposing excessive red tape.” Investors across the region appeared to welcome the news on Monday. Asian markets rose, with Japan’s Nikkei (N225) index and Hong Kong’s Hang Seng Index (HSI) each surging more than 2%. South Korea’s Kospi (KOSPI) jumped 1.2%The reaction is “a clear signpost the light at the end of the Covid lockdown … has turned a bit brighter,” Stephen Innes, managing partner of SPI Asset Management, told CNN Business. But Chinese markets were more muted. The benchmark Shanghai Composite (SHCOMP) index ticked up 0.6%, while the Shenzhen Composite gained 1%. “The tepid response on mainland equities suggests there may need to be a broader economic reopening,” Innes said.