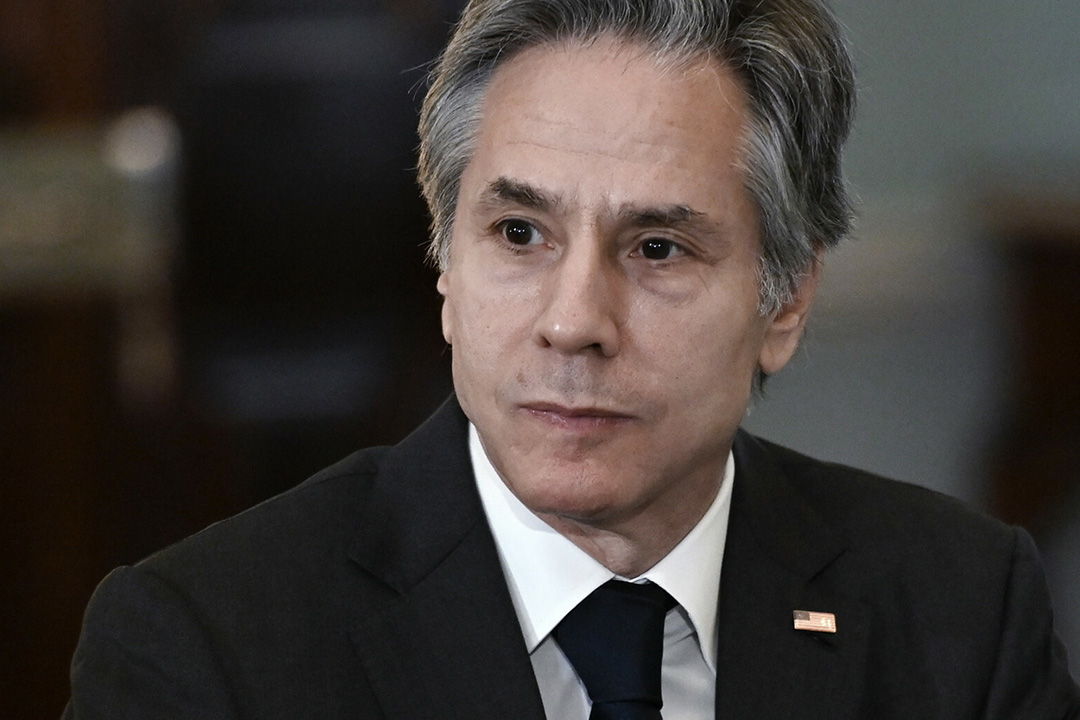 The new bureau is aimed at putting more diplomatic personnel and expertise toward State Department priorities.

The State Department’s new cybersecurity bureau formally launched on Monday in an effort to make digital rights issues an intrinsic part of US foreign policy at a time when Russia and China are increasingly trying to put their own authoritarian stamp on the internet.The move essentially reshapes and greatly expands a bureaucratic structure, with a high-ranking cyber diplomat, that the Trump administration had effectively downgraded in the pursuit of cutting red tape. The new bureau is aimed at putting more diplomatic personnel and expertise toward State Department priorities such as shaping norms of responsible government behavior in cyberspace and helping US allies bolster their own cybersecurity programs.”As what’s happening in Ukraine and Russia illustrates, we’re in a contest over the rules, infrastructure, and standards that will define our digital future,” Secretary of State Antony Blinken said in prepared remarks describing the role of the new Bureau of Cyberspace and Digital Policy.

“Democracies must answer together the question of whether universal rights and democratic values will be at the center of our digital lives — and whether digital technologies deliver real benefits in people’s lives,” Blinken said.

Though US diplomats have continued to pursue cyber issues on a number of fronts, critics said then-Secretary of State Rex Tillerson’s 2017 move to effectively downgrade the stature of the cybersecurity office within the department signaled to the world American disinterest in cyberspace.Then-Secretary of State Mike Pompeo proposed a new cybersecurity bureau in the waning days of the Trump administration, but the initiative never got off the ground.

Cybersecurity issues have only gotten more pressing in the years since. The iPhones of about a dozen State Department employees serving in Africa were hacked with spyware developed by Israeli technology firm NSO Group, CNN reported in December. The Biden administration has pledged to crack down on the use of such spyware, saying it has been used to violate human rights around the world.

The new cyberbureau adds more personnel across multiple cyber-related issues, such as digital freedom and cybersecurity technologies, than existed under previous cybersecurity offices at the State Department. State Department officials said Monday that they expect to have 100 personnel staff the bureau by the end of the year.”It’s an evolution of the centrality of these issues for foreign policy to move from an office that was small into an institutionalized bureau within the department,” a State Department official told CNN.Jennifer Bachus, a career diplomat, will lead the new bureau on an interim basis until the Biden administration nominates a Senate-confirmed “ambassador-at-large” to take the job, according to the State Department.”I will work hard to make sure the bureau is appropriately structured and staffed for its mission: to elevate cyber and digital diplomacy globally, and to prioritize this work here in Washington and at our embassies and consulates,” Bachus, who just returned from a diplomatic tour in the Czech Republic, told State Department colleagues on Monday.For at least the first year of its existence, the bureau will report directly to the deputy secretary of State. “We want to make sure that it has priority attention from the senior most officials in this building,” a State Department spokesperson said in an interview.Christopher Painter, who was the top cyber diplomat at the State Department until 2017, said the reinstatement of a top cybersecurity bureau could give the department more clout in interagency discussions about high-profile cyber issues.

“Where we talk about everything from economic tools that Treasury may be using to cyber tools that DOD [Department of Defense] may be using, it’s important to have that diplomatic voice in there,” Painter told CNN.