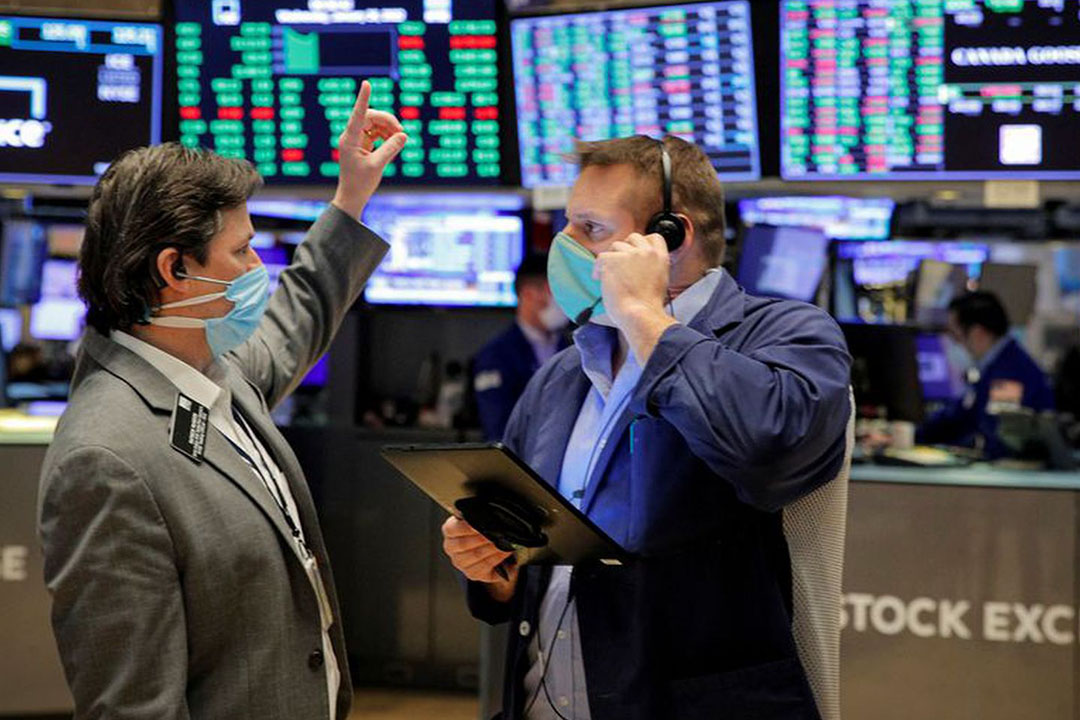 U.S. stocks slid on Thursday, with the S&P 500 marking its biggest daily percentage drop in two weeks, as investors shifted to defensive sectors and safe havens such as bonds and gold as geopolitical tensions between Washington and Russia over Ukraine flared.

After Ukrainian forces and pro-Moscow rebels traded fire in eastern Ukraine, U.S. President Joe Biden said there was every indication Russia was planning to invade in the next few days and was preparing a pretext to justify it.

Developments in Ukraine have added to uncertainty about the path of the Federal Reserve’s tightening plans to fight inflation.

“There’s a lot of nervousness out there and as we approach the weekend nothing’s been settled between Russia and Ukraine,” said Michael James, managing director, equity trading at Wedbush Securities in Los Angeles.

“The continued weakness, especially in the growth names, is indicative of elevated nervousness and sellers continuing to swamp buyers in just about every stock.”

The defensive utilities and consumer staples sectors were Wall Street’s only advancers, with staples getting a lift from a 4.01% jump in Walmart after it posted record holiday sales.

The drop for the Dow was the biggest daily percentage decline since Nov. 30 while the Nasdaq’s decline was its largest percentage fall since Feb. 3.

With the end of earnings season on the horizon, chipmaker Nvidia tumbled 7.51% as flat gross margins and concern about its exposure to the crypto market overshadowed an upbeat current-quarter revenue forecast and helped give the Philadelphia Semiconductor index its first daily decline this week.

Gold was another beneficiary of the move toward safer assets, touching an eight-month high of $1,900.99 an ounce.

Declining issues outnumbered advancing ones on the NYSE by a 2.81-to-1 ratio; on Nasdaq, a 3.63-to-1 ratio favored decliners.