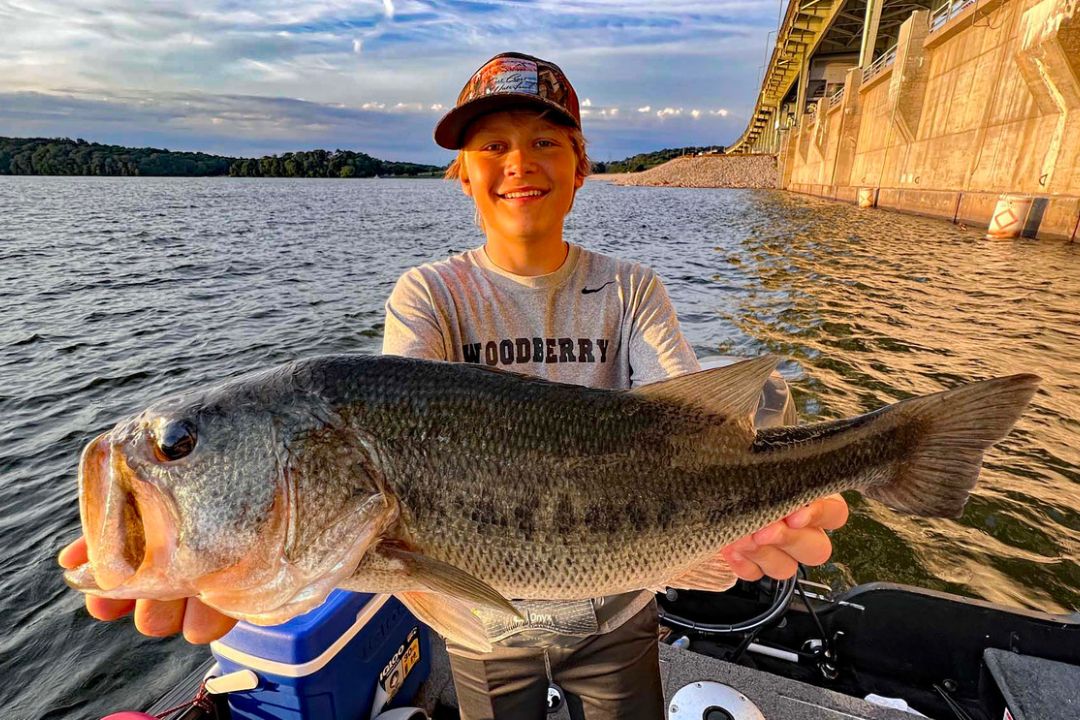 A 15-year-old boy was fishing in the Tennessee River with a fishing guide when he caught a rare leucistic blue catfish. Edwards Tarumianz caught not only the uncommon fish.

A 15-year-old boy was fishing in the Tennessee River with a fishing guide when he caught a rare leucistic blue catfish.

Edwards Tarumianz caught not only the uncommon fish, but also the attention of social media impressed by the rare find.

Leucism is caused by a very rare, recessive gene, and is similar to being an albino in that it lacks most of its color pigmentation. Leucism, however, does not have the pink eye that is a characteristic of an albino, according to Fox Chattanooga.

The teenager was fishing with his guide, Capt. Richard Simms, who is an outdoor writer for NewsChannel9.com.

“We were shocked when we saw it,” Simms told Fox Chattanooga. “Of course, we could see it in the clear water before we actually had it in the boat. We were both so excited and nervous we could barely speak until Edwards finally led the fish into the net.”

Simms made a post on Facebook about the rare catch and the other fish Tarumianz caught that day, and it did not take long for the white catfish to go viral within the fishing community.

Albino or leucistic catfish are occasionally caught around the country, but it is a rarity for fishermen to reel one in.

“Edwards may catfish for the rest of his life and never catch, or even see, another fish like that,” Simms said. “I am 67 years old. I have boated literally tens of thousands of catfish over the years and this was the first I’d ever seen in person.”

A number of social media users pressed Simms on what was done with the fish, which he later revealed was thrown back in the water.

But even if he had opted to keep the fish, taxidermists cannot mount catfish because of their fragile skin. Edwards’ father, Jeff, said he intends to have a replica mount created.