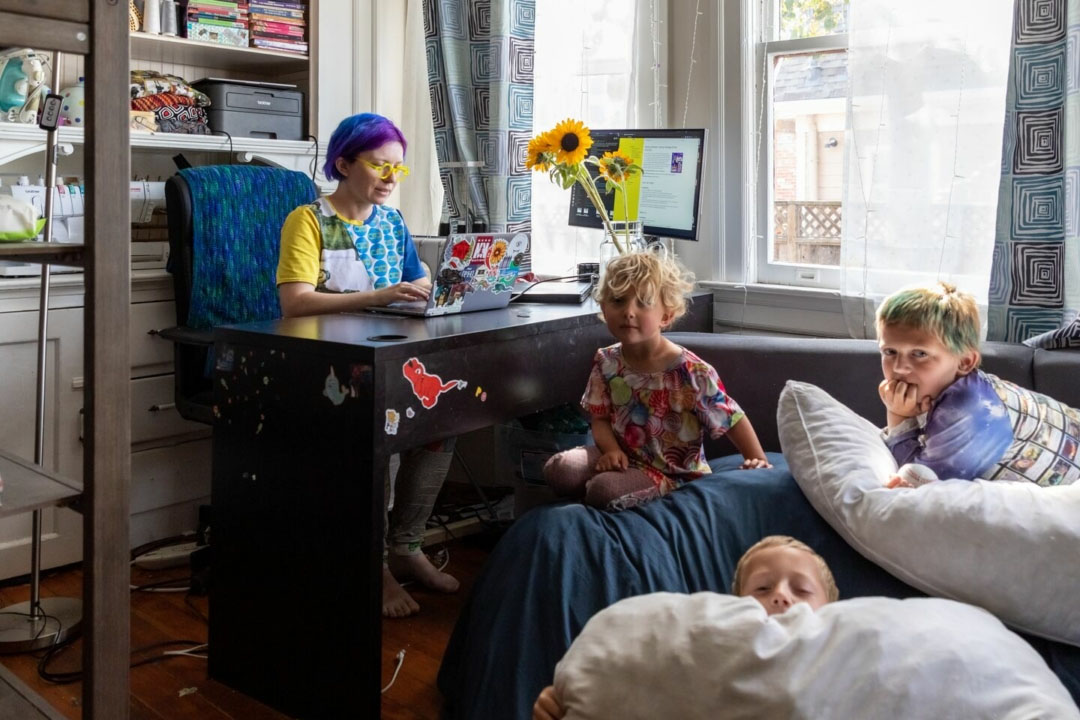 When Russia launched its war on Ukraine six weeks ago, a frenzied attempt to save the country’s cultural heritage from destruction began: Religious artifacts were moved underground to secret bunkers in Ukrainian cities.

But across the world, in bedrooms in Berkeley, Boston, and Vienna, another rescue mission was beginning for Ukraine’s digital artifacts.

In the aftermath of the Russian invasion, a team of digital humanities experts and volunteers formed a group called SUCHO (Saving Ukrainian Cultural Heritage Online). At its helm is Quinn Dombrowski, who since March 1 has been co-running an online archival mission out of their house in Downtown Berkeley. (Disclosure: Quinn Dombrowski invested in Berkeleyside’s 2018 Direct Public Offering.)

Together with Tufts music librarian Anna Kijas and German historian Sebastian Majstorovic, Dombrowski helped create SUCHO, which now counts 1,300 volunteers around the world and has been featured in publications from The Washington Post to NPR to Gizmodo.