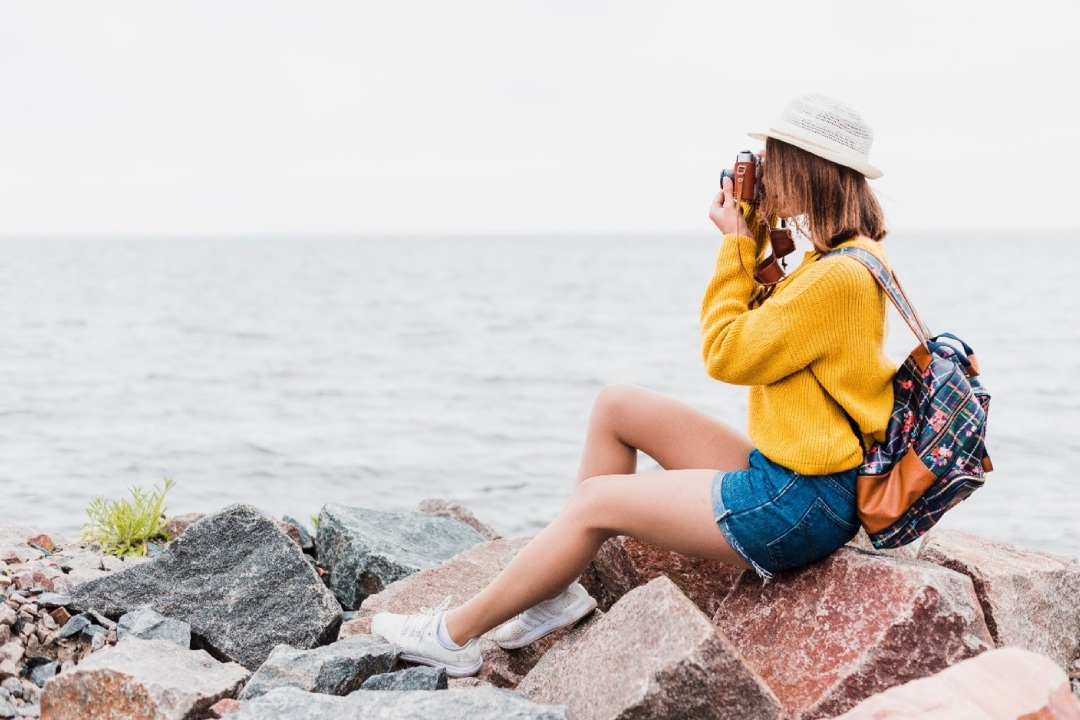 The Monadnock Region is "within thriving distance," or so says a makeover for the area's tourism campaign due to launch fully early next year. The rebranding of the campaign is the effort of the Greater Keene and Peterborough Chamber of Commerce in collaboration with North Star.

The Monadnock Region is “within thriving distance,” or so says a makeover for the area’s tourism campaign due to launch fully early next year.

The rebranding of the campaign is the effort of the Greater Keene and Peterborough Chamber of Commerce in collaboration with North Star, a tourism branding company based in Nashville, Tenn., and Jacksonville, Fla.

“They came out in October 2020, and we drove over 200 miles through the region,” said Julie Schoelzel, the chamber’s project manager for the rebranding. “They met with over 70 people while they were here. They did over 125 site visit conversations, intercepts, focus groups, interviews and calls.”

The chamber recently launched an interim landing page for a new website, www.MonadnockNH.com, where people can view branding materials and designs and see what Schoelzel and others are currently working on. She said the full website is expected to launch in January.

North Star used its community feedback from Monadnock Region residents to create what it calls a “DNA platform statement” for the project to define a vision for the rebranding, Schoelzel said, which is made up of several points: greatest appeal, which determines audience; frame of reference, to look at the region through a geographical context; point of difference, to determine what makes the region distinguished from other parts of the state and New England; and what the region’s benefits are to visitors.

“For those drawn the natural beauty and energy of the outdoors, the Monadnock Region in the scenic southwest corner of New Hampshire is remote but not removed,” the statement reads, “and inspires the independence to follow your own path without having to stand alone, where you are free to make the best of every day.”

Schoelzel said the rebranding aims to target those who love the outdoors at a more casual pace but also want to visit small downtowns. She said it’s “remote but not removed” in its geography isolates it from the east half of the state but the region still offers much in arts and culture.

“Our target audience is … really Greater New England 28- to 45-year-olds that are new and soon-to-be families seeking a higher quality, more family-friendly getaway [destination] or lifestyle,” Schoelzel said, as the campaign hopes to attract not just tourists but prospective residents as well.

Perhaps the most prominent feature of the rebranding is a new logo for the name of the region and of the campaign: a simplistic representation of Mount Monadnock that uses tones of orange, yellow and blue to represent the vibrant fall and bodies of water in the area.

The two elements are above a tagline, “within thriving distance,” highlighting the region’s host of outdoor activities in a concentrated area, towns each with their own “inviting and distinct personality” and its closeness to Boston for major metro area trips, according to a brand narrative Schoelzel shared.

As of mid-October, the chamber and North Star have a slew of concepts beyond the website that would integrate the tourism campaign into local communities, like new town signs indicating points of interest as well as welcome signs. The chamber is even introducing “Monadsocks” in the color scheme of the rebranding, which Schoelzel said are “coming soon” and will be available for purchase by the launch of the full website in January.

“Imagine you’re a visitor and you’re driving through the towns, and there’s this cohesive message,” Schoelzel said. “It’s like even though we’re separate towns, we understand that we’re part of a larger community.”

Schoelzel said she moved to the Monadnock Region in 2017 and previously held a position at the former 365 Cycles in Keene. She comes from a background in hospitality and tourism, where she worked for New York City-based hotel search company Tablet Hotels from 2003-2017 in marketing and customer service positions.

She joined the chamber in September 2021 for the purpose of the rebranding project, which she said formally began after her arrival. A $300,000 CARES Act grant, awarded in $100,000 increments over three years that the chamber applied for with administration from Cheshire County, spurred the organization to hire Schoelzel and North Star.

Schoelzel added that the chamber received a joint promotional program grant from the state’s Division of Travel and Tourism Development in the N.H. Department of Business and Economic Affairs that has helped bolster the rebranding. Local businessman and chamber President Luca Paris didn’t have an exact number on the total amount received through the JPP grant but said it was more than $20,000.

“We set up a plan for two years to work with the state,” he said of the state grant. “So, between state, county and federal money, we have a great place to start. Now what we’re thriving to get is communities, businesses and organizations to join with us in different ways to hopefully financially support what we’re doing.”

The chamber was also awarded $250,000 in federal monies by way of the American Rescue Plan Act to put toward projects, he noted.

Paris, who also stepped into his role last fall in leading the chamber, said the tourism rebranding project is the culmination of “so many people” and years of work that extend beyond the merger of what were once separate Keene and Peterborough chambers of commerce.

“This project is allowing us to reach even further and introduce people to the Monadnock Region that might not have ever had a connection to it,” Paris said. “The work that Julie’s putting in and the work the chamber is gearing itself towards is really exciting. The next decade about promoting the region is going to be very important in driving people who want to live here, work here and raise their families here.”