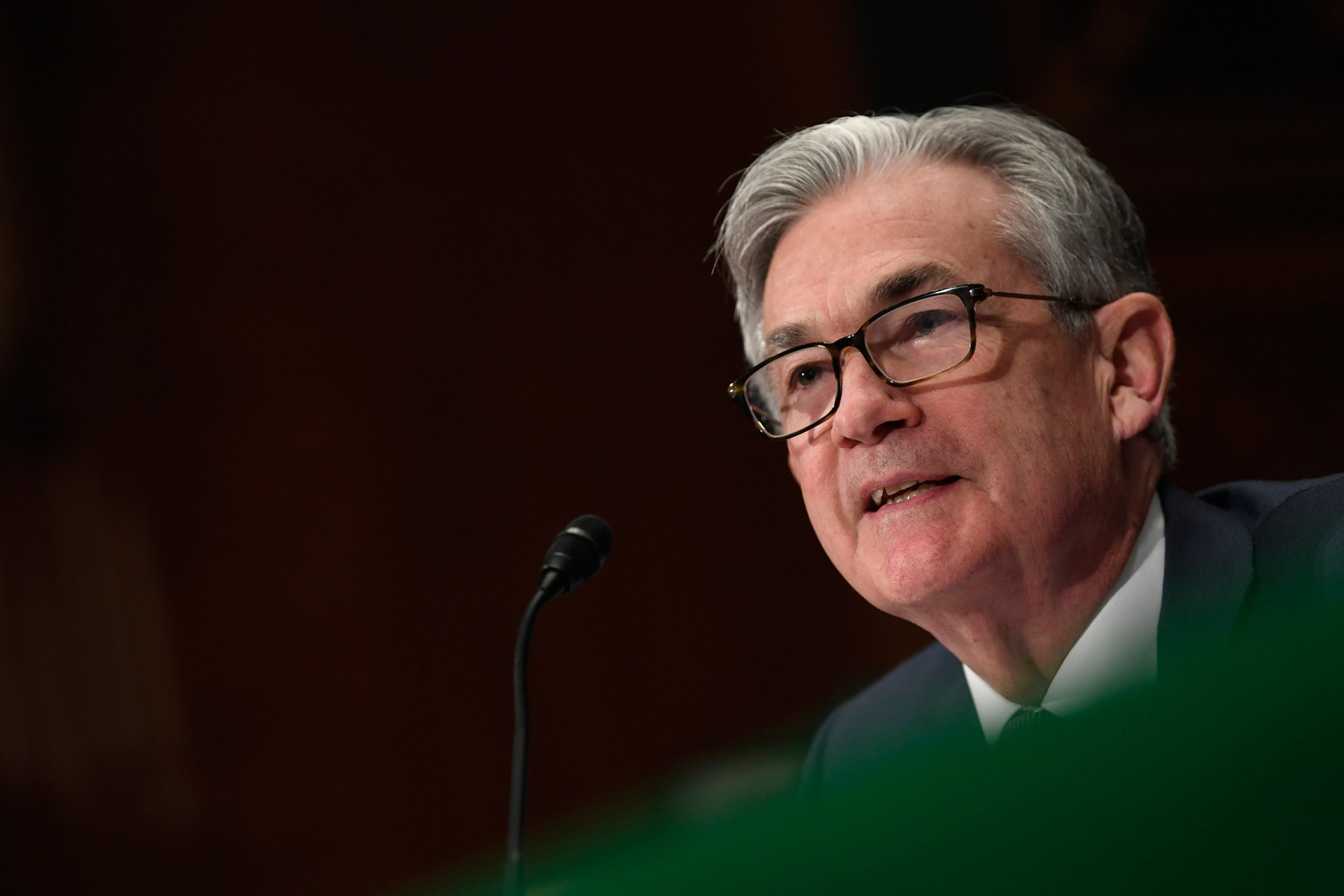 U.S. central bank said on Tuesday the economy should weather the current COVID-19 surge with only "short-lived" impacts.

Federal Reserve Chair Jerome Powell, in a congressional hearing that pointed to his likely confirmation for a second term as head of the U.S. central bank, said on Tuesday the economy should weather the current COVID-19 surge with only “short-lived” impacts and was ready for the start of tighter monetary policy.

Powell was openly endorsed by Republicans and Democrats on the Senate Banking Committee in a session that focused largely on how the Fed planned to address inflation running at multi-decade highs, why the central bank misdiagnosed the surge in price increases, and what stricter monetary policy would mean for job growth.

The Fed chief said the central bank was determined to ensure that high inflation did not become “entrenched,” and that far from diminishing job growth, a turn to higher policy interest rates and runoff of its asset holdings was necessary to keep the current economic expansion underway.

If prices continue spiking, the Fed could be forced to push through a sharper rise in interest rates this year than the three quarter-percentage-point hikes its policymakers currently anticipate, risking a return to recession.

“Inflation is running very far above target. The economy no longer needs or wants the very accommodative policies we have had in place,” Powell said in his testimony.

Yet with the Fed’s benchmark overnight interest rate near zero and nearly $9 trillion in assets on its books, “it is a long road” to anything close to restrictive policy, Powell said. In the meantime, Fed actions “should not have negative effects on the employment market,” he added.

“You need to focus on getting inflation under control because you’re not going to have maximum employment without price stability.”

The hearing had the potential to be combative. Some Democrats have announced their opposition to the renomination of Powell, who was elevated to the top Fed job by former President Donald Trump, and criticized his oversight of Wall Street; a stock trading scandal and the resignation of several top officials have tarred the Fed’s image, and some Republicans have argued he is letting the central bank become partisan on issues like climate change and economic inequality.

But it was largely staid and focused on core economic issues, with Powell offering his fullest comments yet on how the unprecedented rise in coronavirus cases has affected his outlook.

Despite the disruptions to schooling, travel, and even some core services, “what we are seeing is an economy that functions through these waves of COVID,” Powell said.

The dominant theme, if there was one, centered around inflation, the Fed’s misdiagnosis of it last year as “transitory,” and of the central bank’s plans to get in front of it now that it is running well above the 2% target.

Powell said he still felt that while the level of price increases required the Fed to act, some relief would come from beyond monetary policy as global supply chains start to catch up with demand. Mistakenly expecting that adjustment to happen fast, Powell said, is why the Fed at first dismissed rising inflation last year as likely to fade without a Fed response, only to see prices continue to surge to levels not seen since the inflation scares of the 1970s and 1980s.

He said he now thinks inflation will ease by the middle of this year, but that the Fed stood ready to tighten borrowing costs as needed to be sure it does.

“We are going to have to be humble but a bit nimble,” Powell said, in deciding when and how fast to raise interest rates and change the Fed’s asset holdings, which have ballooned as a result of its pandemic-related support for the economy.

Powell gave no fresh hint about the timing for the liftoff in interest rates, expected by many analysts to begin in March. He also said no decision had been made about when to let the size of the central bank’s asset holdings decline, but that it was likely to happen “sooner and faster” than it did following the 2007-2009 recession when the Fed waited about two years after an initial rate increase to shrink its balance sheet.

U.S. stocks, which started the year on a weak note as the Omicron variant fueled a surge in COVID-19 cases and investors repositioned for a Fed more intent on containing inflation, rose during Powell’s testimony. Yields on shorter-dated Treasury securities fell from pandemic-era highs hit earlier in the day.

The hearing was the first step in Powell’s expected confirmation to a new four-year term. Lael Brainard, currently a Fed governor, will be questioned by the same panel on Thursday for promotion to a four-year term as Fed vice-chair.

At the start of Tuesday’s session, Democratic Senator Sherrod Brown, the panel’s chair, and Senator Pat Toomey, its senior Republican, endorsed Powell’s management of the Fed’s response to the pandemic, even as they raised questions about its next steps.

“I believe you’ve shown the leadership” to lead the Fed through debates over inflation, regulation, and an ethics scandal over stock trading by senior officials, Brown said.

Toomey said he was concerned that the Fed’s robust response to the pandemic may now be stoking inflation and “could become the new normal,” and repeated his criticism of the central bank delving into what he regards as political issues like climate change and inequality.

In December, the Fed decided to end its purchases of Treasuries and mortgage-backed securities – a legacy of its nearly two-year battle with the economic fallout of the pandemic – by March and signaled it could raise interest rates three times this year.