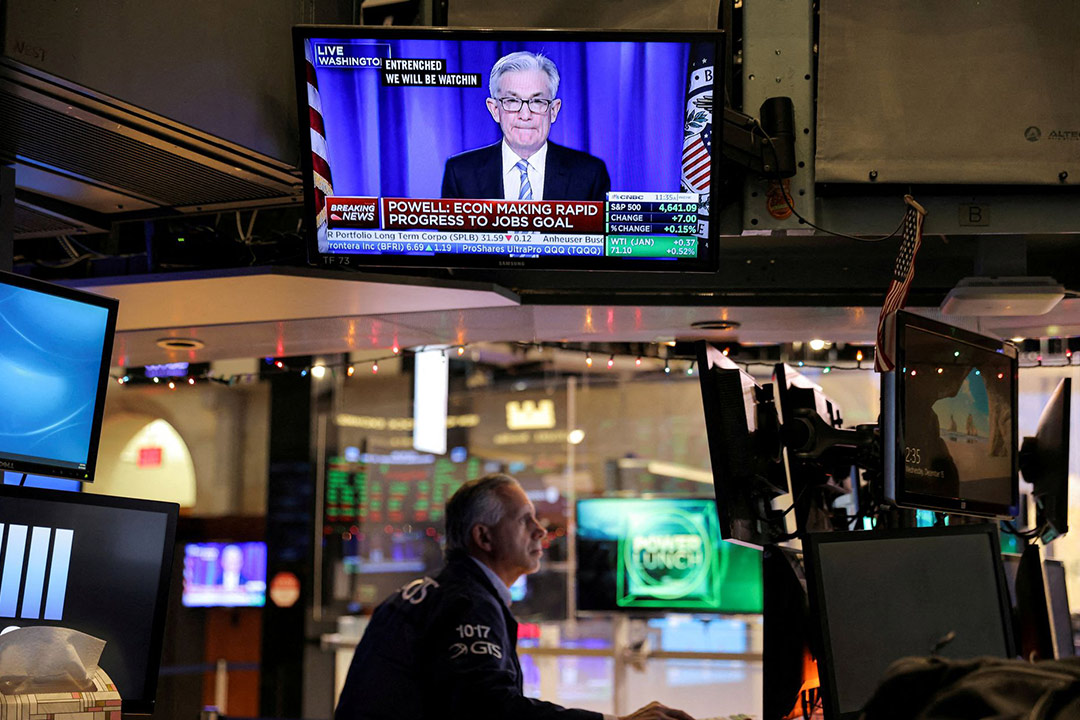 Geopolitical worries have added another layer of volatility as investors priced in the possibility of escalating conflict between Russia and Ukraine.

Geopolitical worries have added another layer of volatility to an already-jumpy market as investors priced in the possibility of escalating conflict between Russia and Ukraine, though some doubted the issue would weigh on U.S. asset prices over the longer term.

Reports of rising tensions between the two countries slammed stocks on Friday and lifted prices for Treasuries, the dollar, and other safe-haven assets. Investors were already rattled by a hawkish turn from the Federal Reserve.

“The market is reacting because an actual invasion has not yet been priced in,” said Michael Farr of Farr, Miller and Washington LLC. “The severity of an invasion, if one occurs, will correlate to the severity of the market’s reaction.”

Russia has massed enough troops near Ukraine to launch a major invasion, Washington said on Friday. It urged all U.S. citizens to leave Ukraine within 48 hours.

Despite market gyrations, some investors were skeptical whether a more serious conflict would drag broader markets over the longer term.

“The reaction the market is likely to have is selling until it becomes more evident what an invasion looks like and then what kind of response the U.S. and European allies have to it,” said Mark Luschini, chief investment strategist at Janney Montgomery Scott. “We’re not suggesting making any changes predicated on the news cycle around the topic.”

The benchmark S&P 500 index closed down nearly 1.9% while the tech-heavy Nasdaq was off around 2.8%. The moves followed weakness on Thursday sparked by expectations that the Fed will aggressively fight surging inflation. The Cboe Volatility Index (.VIX), Wall Street’s fear gauge, was up for a second straight session, hitting its highest since the end of January.

Ryan Detrick, the chief market strategist at LPL Financial, said the impact of major geopolitical events on U.S. stocks has been limited.

“For instance, after JFK was assassinated in November 1963 stocks went on one of their best six-month runs ever,” he said. “The truth is a solid economy can make up for a lot of sins.”

An intensifying conflict could add “more credence to our view that the Fed will be more dovish than the market currently believes as the war would make the outlook even more uncertain,” he said.

But the Fed could stay aggressive if oil prices keep surging. Crude has already soared to seven-year highs on Ukraine jitters.

“By pushing energy prices even higher, a Russian invasion would likely exacerbate inflation and redouble pressure on the Fed to raise interest rates,” said Bill Adams, Chief Economist for Comerica Bank, in a Friday note.

“From the Fed’s perspective, the inflationary effects of a Russian invasion and higher energy prices would likely outweigh the shock’s negative implications for global growth,” he said.

Worries over the conflict will “create volatility until people verify it’s true and what is the duration before international leadership steps in and to what extent does the rest of the world step in,” said Thomas Hayes, managing member at Great Hill Capital LLC in New York.

“We just have to see how this plays out over the weekend and whether or not international leadership can bring this under wraps,” he said.