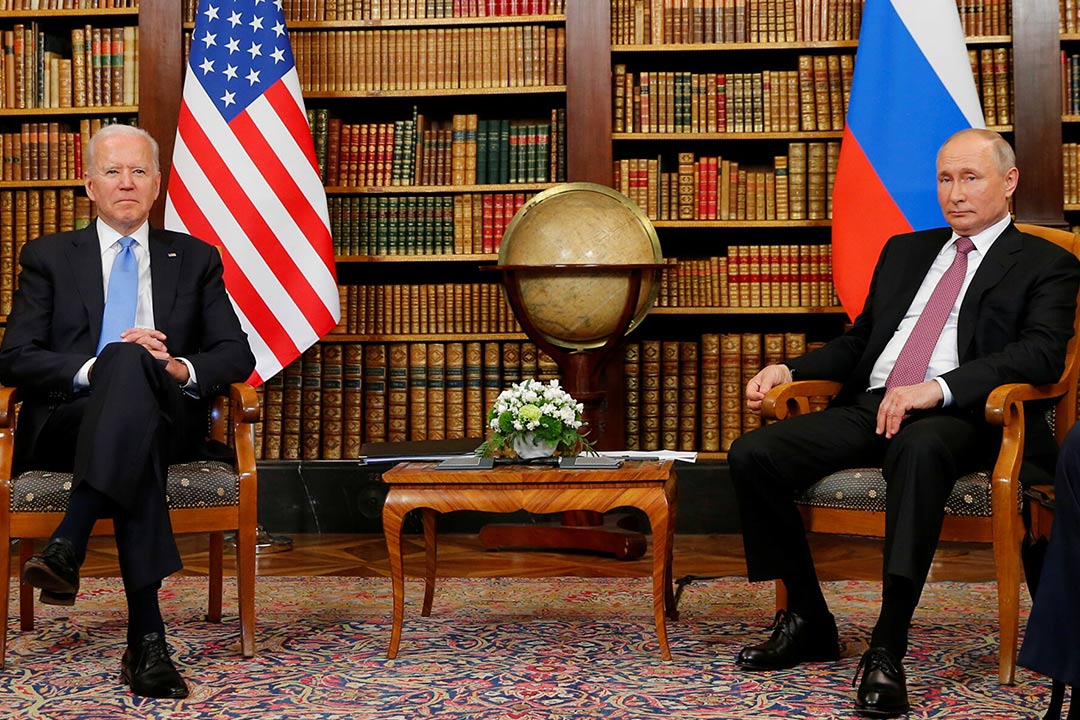 The most powerful measure against Russia was to invade Ukraine would be U.S. sanctions cutting off Russian state banks from the dollar.

For NATO members, the most powerful measure against Russia was to invade Ukraine would be U.S. sanctions cutting off Russian state banks from the dollar according to Russian executives, bankers, and former senior U.S. sanctions officials.

The United States has warned that Russia could invade as early as this week. Moscow denies it has such plans but says the West needs to take its concerns about NATO expansion seriously.

Washington, and its allies in Europe, are finalizing an extensive package of sanctions if Russia were to launch an invasion according to U.S. and European officials.

The U.S. package would expand a technology export ban to include any goods made with U.S. components or software, as well as proposed sanctions against specific Russian billionaires. But sanctions experts say more than any other measure, aggressive action against Russia’s state banks would hit its economy the hardest.

“Banking sanctions are the most impactful measure the U.S. can carry out in the short term,” said Brian O’Toole, a former senior advisor to the director of the Office of Foreign Assets Control or OFAC in the U.S. Treasury Department, which designs and manages the implementation of sanctions.

Proposed sanctions against Russian banks would bar them from making any transactions in U.S. dollars, essentially freezing any dollar-denominated assets or liabilities held by the banks at home and abroad.

Russian Finance Minister Anton Siluanov on Wednesday said sanctions against Russian banks would be “unpleasant” and lead to a spike in volatility but said the state would make sure that all deposits with banks and all transactions, including in foreign currencies, were secured. Russia’s abundant hard currency reserves – now at $635bn – would help shield against the potential blow, he said.

When asked about possible sanctions on Russian state banks, Kremlin spokesman Dmitry Peskov told Reuters that Russia was “preparing for unpredictable actions” from the United States “by hedging against any risks.”

He said: “We could get the impression that all this information noise and all these claims that Russia is about to attack Ukraine are being made to further contain Russia and to create a reason to impose further sanctions – and so they are speaking about these hellish sanctions.”

Elina Ribakova, deputy chief economist at the Institute of International Finance in Washington said even though Russia has enough reserves, the potential measures “could cause a run on deposits. It will definitely have a strong impact on the domestic financial system. It will raise the risk of financial instability including a widening of spreads and a sell-off of the rouble.”

U.S. sanctions far outweigh the power of any other jurisdiction because the White House can potentially impose secondary sanctions on any foreign banks continuing to deal with these institutions, said O’Toole and Tom Keatinge, finance and security expert at the Royal United Services Institute, a London-based think tank. The White House did not answer requests for comment about secondary sanctions.

Shares in banking giant Sberbank and smaller rival VTB have both fallen in the past week on the prospect of sanctions, although recovered some losses after Russia said on Tuesday that some troops stationed near borders with Ukraine were returning to base after completing drills

Sberbank holds nearly half of Russia’s 21 trillion roubles in deposits and together with state lenders VTB, Gazprombank, and Rosselkhozbank accounts for nearly 60% of the nation’s banking assets.