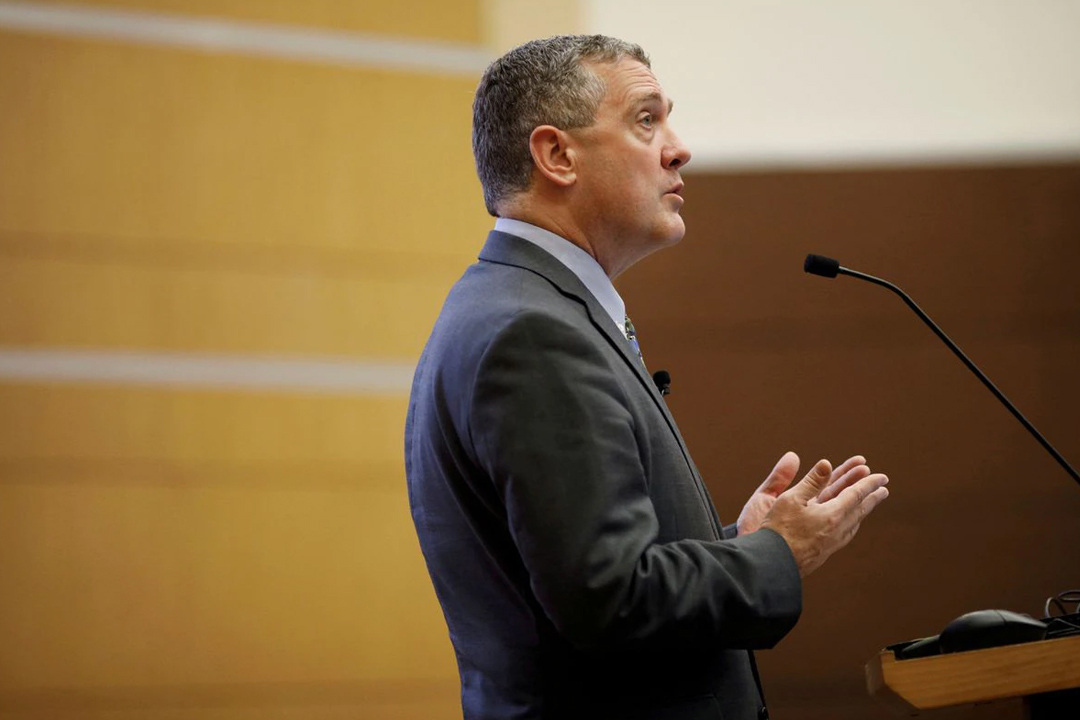 U.S. short-term interest rate futures on Monday reflected a reduced chance of an interest rate increase by the Federal Reserve before its two-day March policy meeting.

St. Louis Fed President James Bullard, a voter on the policy-setting Federal Open Market Committee, told Bloomberg last Thursday that he was open to the idea of an inter-meeting interest rate hike.

He did not repeat that notion in an interview with CNBC on Monday, however. Instead, he doubled down on the need for 100 basis points or a full percentage point of policy-tightening by July 1, slightly faster than he suggested before. That implies at least one hike of a half-percentage point at one of those meetings instead of the quarter-point increases that the Fed used in recent years.

In early afternoon trading on Monday, futures on the fed funds rate using February contracts implied just a 3% chance of a rate hike of 25 basis points by the Fed before the March meeting. That was as high as 30% on Thursday after Bullard spoke.

Similarly, futures on the secured overnight financing rate (SOFR), a broad measure of the cost of borrowing cash overnight collateralized by Treasury securities, factored in just a 2% chance of an inter-meeting move on Monday, using February contracts as well, down from a 16% chance factored in late last week.

The debate on any move between meetings was made irrelevant by the Fed’s release late on Friday of the schedule for its final month of asset purchases. Fed officials have said the U.S. central bank was unlikely to tighten rates before the conclusion of its bond-buying program.

“An inter-meeting rate hike was never a likely outcome,” wrote Lou Crandall, chief economist at Wrightson, in a research note.

“The primary goal of an emergency move in between meetings is to shore up confidence and staunch any financial market bleeding that might lead to further economic damage. That is why most inter-meeting moves are rate cuts rather than rate hikes.”

“With long-term inflation expectations well within the range of recent decades, there is nothing obvious to be gained by appearing to panic,” Crandall said.