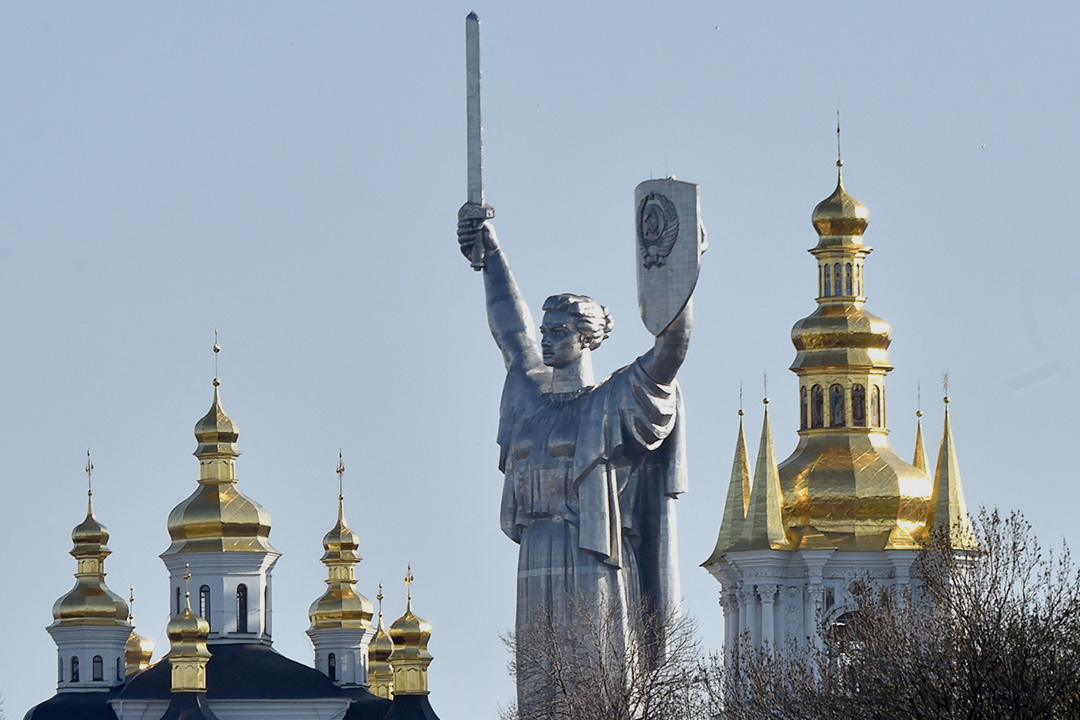 The Kuindzhi Art Museum in Mariupol once featured 2,000 exhibits and an extensive collection of prominent Ukrainian artwork. On March 23, city council confirmed to NBC News that the Russian military had destroyed it.
Now the Danish UNESCO National Commission and Blue Shield Denmark are launching a new project that aims to at least digitally preserve Ukraine’s important architecture, statues, and monuments, many of which are at risk during Russia’s invasion of the country. “Backup Ukraine” is repurposing Polycam, a powerful prosumer app that allows you to use an iPhone or iPad to 3D scan any physical object, and distributing it to create a means for anyone in Ukraine to quickly and easily scan and upload digital renderings of important landmarks.
Originally conceived by Virtue—Vice’s in-house creative agency— the idea is to use the visual data captured and saved through the Polycam app to create digital replicas that can be shared with the world, and potentially aid in reconstruction. Ukraine has seven World Heritage Sites, designated by UNESCO for holding cultural importance, but Backup Ukraine’s aims goes far beyond those. Polycam, UNESCO, and Blue Shield Denmark are not Virtue clients, but the agency brought the partners together.
Tao Thomsen, creative director of innovation at Virtue, says UNESCO has never done anything like this, and while Polycam has scanned a small mining town with drones as an experiment, it was not in the context of war, and not in collaboration with museums or other authorities in the cultural preservation space.
“The idea came out of genuine terror of what would happen if Putin succeeded in wiping out the material basis of their history,” says Thomsen. “Polymetric scanning is one of our ’10 obsessions,’ technologies that we deem to have breakthrough potential right around the corner, and through which we view current events to create novel and thought-provoking applications.”
In a statement, Danish UNESCO National Commission chair Elsebeth Gerner Nielsen said, “War claims more than lives. It can cost a country irreversible damage to its national spirit. . . . This is why the protection of cultural heritage is crucial for any conflict. And during an ongoing war, traditional methods of cultural preservation are under pressure. So, innovative technologies are a very welcome assistance.”
Backup Ukraine isn’t recommending civilians try to capture works in public without first enlisting in a volunteer corps coordinated by representatives from the Ukrainian Heritage Emergency Rescue Initiative. The app is only intended for use in areas that are not in immediate conflict or danger.