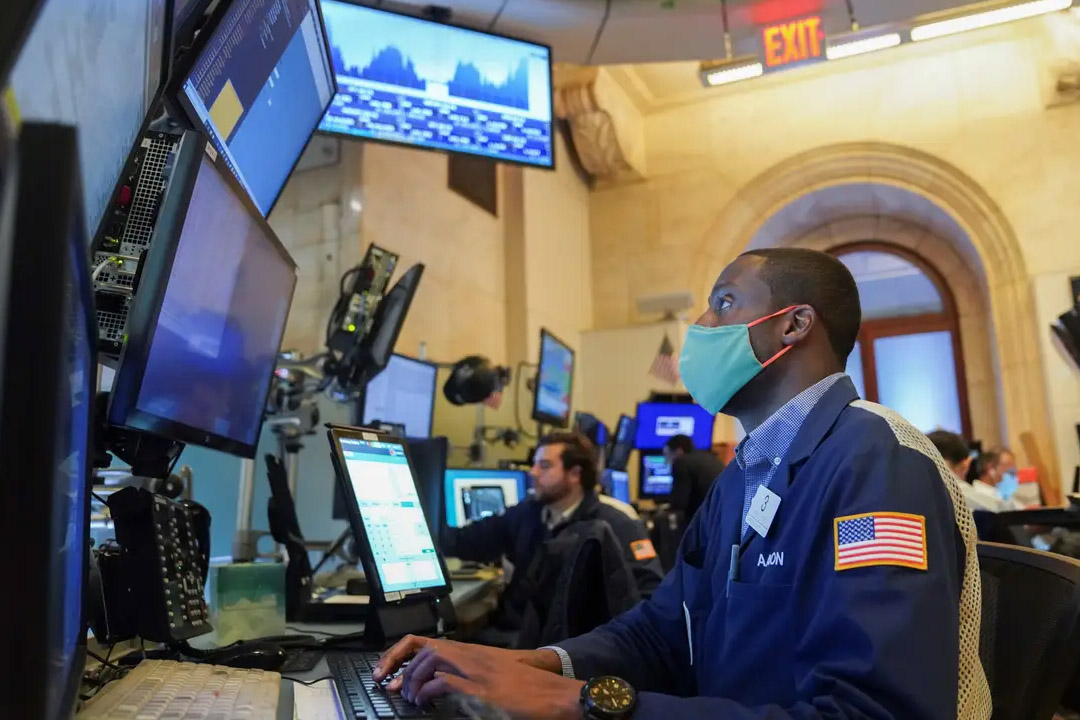 The S&P 500 ended higher on Wednesday following a steep drop the day before, with strong revenue forecasts from Microsoft and Visa helping to alleviate worries about slowing global economic growth and rising interest rates.

Microsoft Corp rallied after the software heavyweight late on Tuesday gave a strong revenue forecast, while payments network Visa Inc jumped after it predicted revenue above pre-pandemic levels. Tuesday’s gains in the S&P 500 and Dow Jones Industrial Average followed a steep selloff the day before that saw the Nasdaq drop to its lowest close since December 2020 as investors worried that the U.S. Federal Reserve might raise interest rates more than expected in its fight against inflation.

The S&P 500 communication services index fell 2.6%, with Google-parent Alphabet dropping 3.7% after it reported that quarterly YouTube ad sales slowed and its revenue missed expectations. “What we’ve really been seeing is that misses are being punished a little more severely, but that beats are also being rewarded,” said Rob Haworth, a senior investment strategist at U.S. Bank Wealth Management in Seattle. “With interest rates where they are and the 10-year Treasury testing 2.8%, I think there is a big question about growth and valuations.”

In extended trade, Facebook-owner Meta Platforms Inc rose 9% following its quarterly report. During the trading session, it had declined by 3.3%. Planemaker Boeing Co tumbled 7.5% after it said it was halting production of 777X jets through 2023 due to certification problems, as well as weak demand for the wide-body jet.

The Nasdaq Composite dropped 0.01% to 12,488.93. Tesla Inc recovered 0.6% following a 12% slump on Tuesday related to concerns that Chief Executive Elon Musk may have to sell shares to fund his $44 billion buyouts of Twitter Inc.

Volume on U.S. exchanges was 12.1 billion shares, compared with an 11.7 billion average over the last 20 trading days. Declining issues outnumbered advancing ones on the NYSE by a 1.26-to-1 ratio; on Nasdaq, a 1.44-to-1 ratio favored decliners.