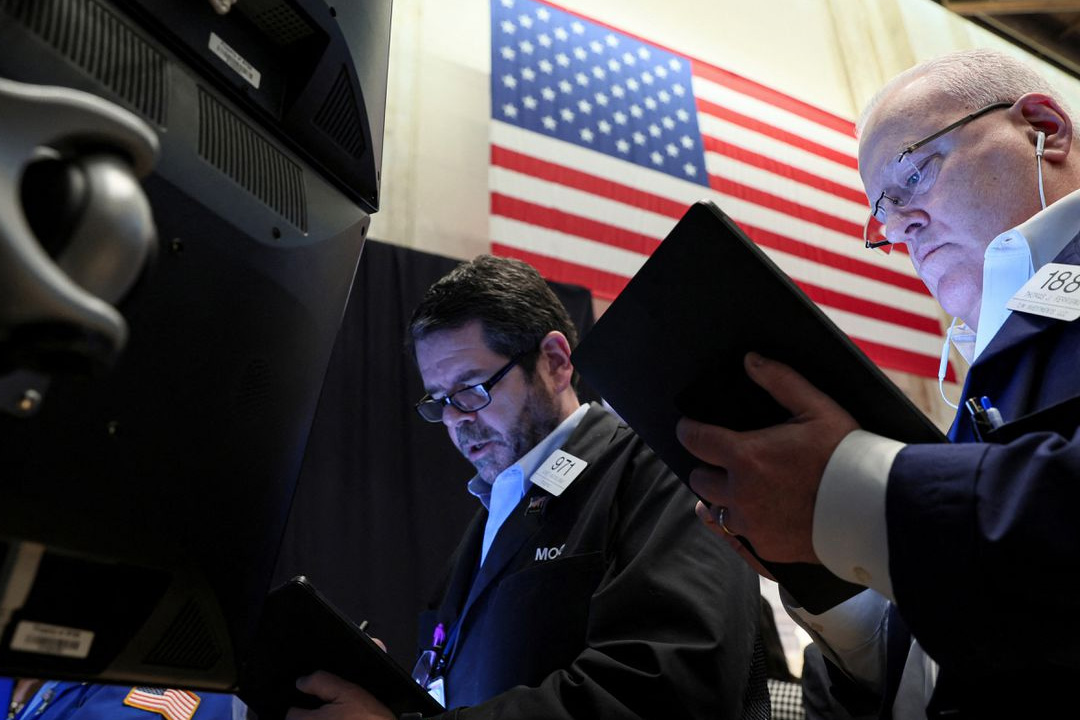 U.S. stocks slumped to close out the first quarter with its biggest quarterly decline in two years due to continuing conflict in Ukraine.

U.S. stocks slumped to close out the first quarter on Thursday with its biggest quarterly decline in two years as concerns persisted about the continuing conflict in Ukraine and its inflationary effect on prices and the Federal Reserve’s response.

While optimism about a possible peace deal between Ukraine and Russia helped lift stocks earlier in the week, hopes quickly evaporated and Russia’s President Vladimir Putin threatened on Thursday to halt contracts supplying Europe with a third of its gas unless they are paid in rubles as Ukraine prepared for more attacks.

The United States imposed new Russia-related sanctions, and U.S. President Joe Biden launched the largest release ever from the country’s emergency oil reserve and challenged oil companies to drill more in a bid to lower gasoline prices that have soared during the war in Ukraine.

Stock prices have been sensitive to any signs of progress toward a peace pact between Russia and Ukraine. Already-high U.S. inflation has intensified with surging commodity prices such as oil and metals since the war began.

“The PCE number came out today, which is the Fed’s preferred number, and although that was right on target, it was higher than it was last month, and the sense is it is going to continue to go higher, therefore you are seeing some weakness,” said Ken Polcari, managing partner at Kace Capital Advisors in Boca Raton, Florida.

“That only solidifies (Fed Chair) Jay Powell and the Fed’s position to be more aggressive so there are going to be multiple 50 basis point hikes.”

While the S&P did suffer the worst quarter since the COVID-19 pandemic was in full swing in the United States in 2020, stocks have rebounded somewhat in March.

Investors will look toward Friday’s jobs report for more confirmation of labor market strength and insight into the possible path of monetary policy by the U.S. central bank.

All of the 11 major S&P sectors were lower, with financials and communication services among the weakest during the session.

Energy, easily the best performing sector so far this year with a gain of about 38%, slipped as oil prices dropped on Biden’s announcement while OPEC+ stuck to its existing output deal. The sector secured its biggest quarterly climb on record with the advance.

Volume on U.S. exchanges was 12.08 billion shares, compared with the 13.9 billion-share average for the full session over the last 20 trading days.

Declining issues outnumbered advancing ones on the NYSE by a 1.61-to-1 ratio; on Nasdaq, a 1.74-to-1 ratio favored decliners.