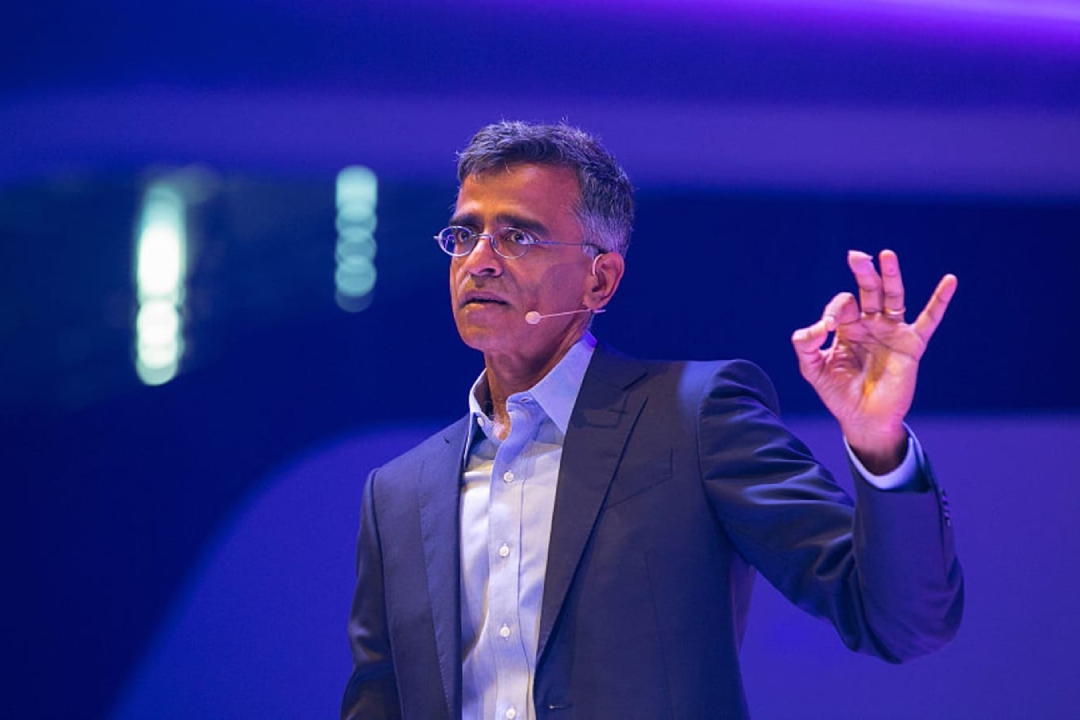 A top former Google executive wants to make searching the blockchain easier with his new startup. Sridhar Ramaswamy, who led the internet giant’s ad business from 2013 to 2018, has started a new company called nxyz.

A top former Google executive wants to make searching the blockchain easier with his new startup.

Sridhar Ramaswamy, who led the internet giant’s ad business from 2013 to 2018, has started a new company called nxyz. The venture is officially launching Wednesday after attracting investment from several top investors, he told CNBC exclusively.

Armed with a rolodex of eminent Silicon Valley connections, Ramaswamy secured $40 million in funding in May to establish nxyz as a separate entity to Neeva, a privacy-focused search engine he also owns. The round was led by Paradigm, a prolific crypto and “Web3” dealmaker, while Coinbase, Sequoia and Greylock – where Ramaswamy is a partner – also invested. Ramaswamy will remain as Neeva’s CEO while he also leads nxyz.

Nxyz was conceived earlier this year by a team of engineers at Neeva, a search engine that doesn’t include any ads and blocks online tracking tools. Ramaswamy built Neeva in 2019 after leaving his role as senior vice president of Google’s $150 billion ad business a year earlier, which he says was over disillusionment with its relentless focus on maintaining growth at the expense of users.

In a March blogpost on Neeva’s website, nxyz is described as “an experiment bringing the same user-first ethos of Neeva search to web3.” Web3 loosely refers the idea of a more decentralized version of the internet powered by cryptocurrencies, nonfungible tokens and other technologies. It encourages placing ownership of data in the hands of users instead of Big Tech platforms, which use people’s personal information to target them with ads.

“To me, the big advancement with a blockchain is that it introduces this idea of decentralized computation, where you’re uploading a piece of code to a blockchain and the code is running there,” Ramaswamy said in a CNBC interview. “No one is in charge. It is decentralized storage that is owned by a collective. Plus, they also have utility in the form of a native token currency that has been designed to give incentive for the system.”

Nxyz trawls blockchains and associated applications for sought-after data on things like how much someone holds in their crypto wallet, or what NFTs they’re buying. It then streams this data to developers in real-time using tools called APIs. The platform currently supports the Ethereum, Polygon and Binance networks, and Ramaswamy says it’s looking to include more over time.

Unlike Neeva and Google the “Web2” behemoth Neeva wants to disrupt – nxyz’s Web3 search software isn’t targeted at consumers. Rather, it wants to offer clean blockchain data to large crypto firms, kind of like how Bloomberg sells Wall Street institutions access to financial data and news with its terminals business. Ramaswamy named crypto custody firm BitGo as an early client it has partnered with.

Parsing data from the blockchain is a messy process, he explained. Smart contracts – programs that power crypto applications – can be assigned designated tasks. But once they’re out in the wild, knowing what functions they carry out in practice can be difficult. As an example, bugs in key smart contracts known as blockchain bridges have opened the industry up to mega hacks, with bridges from Binance and Axie Infinity maker Sky Mavis suffering nine-figure breaches. More insight into the performance of those tools could improve security.

“It’s one thing to write smart contracts that can do things. But you need to have a record of, what did they do? And how do I surface that?” Ramaswamy said. “It’s everything from, ‘What does your wallet contain?’ to, ‘If you’ve swapped a USDC token with ethereum, what was the exchange and when did that happen?’”

Nxyz’s launch comes as crypto investors reel from a deep pullback in token prices, with bitcoin, the world’s largest digital currency, down 70% from its all-time high. Among the main factors driving the current so-called “crypto winter” are higher interest rates from the Federal Reserve and an industry-wide liquidity crunch.

That has led to a tougher environment for crypto and blockchain-focused startups seeking to attract capital, with Pitchbook data showing VC investment in such firms dropped 37% to $4.4 billion in the third quarter from $7.6 billion the quarter prior. Of those that have successfully raised, several are seeing their valuations remain flat or fall. Nxyz declined to disclose its valuation.

Ramaswamy said the firm was lucky to raise funding when it did. Talks with investors began in mid-April and concluded by mid-May, around the same time so-called stablecoin terraUSD and its sister token luna started crashing. Asked about souring investor sentiment toward crypto, the entrepreneur said his firm was “well-funded to sit out the crypto winter,” adding it only needs around 20 employees. “I think it’ll be a very different trajectory” to Web3 and crypto companies that have run into financial troubles, he said. “We want to be very mindful of the current climate, build carefully, and make sure that we are also bringing in revenue early on.”

While stock prices of crypto trading platforms like Coinbase have come down quite a bit, the infrastructure that powers “Web3” remains a hot target. Firms like ConsenSys, MoonPay and Ramp have raised sizable amounts of cash this year. “Web3 developers today lack fast, flexible, and reliable infrastructure to support their applications, which holds the industry back from widespread adoption,” said Matt Huang, co-founder and managing partner at Paradigm. “Nxyz has a truly superlative team that has built the best data indexing infrastructure for Web3, and we at Paradigm are thrilled to support them.”

Still, Web3 has been a punching bag for some leaders in Silicon Valley, like Twitter co-founder Jack Dorsey and Tesla CEO Elon Musk. A “general uneasiness” people have when it comes to Web3 is there’s no “common term and definition,” according to John Lee, blockchain lead at e-commerce firm Shopify.

Meanwhile, the space is rife with scams, including infamous “rug pulls” where fraudsters flee a bogus token project once they’ve pocketed enough cash. Ramaswamy concedes “there have been a lot of scams” in Web3. But he hopes more practical use cases like video games, concert tickets and remittances will eventually catch on.

As for whether Web3 can crack the dominance of digital giants like Google and Meta, Ramaswamy said “the dice is loaded against” upstarts like his. However, staff at Big Tech firms are increasingly quitting to join roles at crypto businesses. That includes Ramaswamy’s eldest son who, according to his father, recently joined a Web3 company.

Asked for a take on his former employer, Ramaswamy said he thinks the company became a victim of its own success. “I think Google is an incredibly successful company,” he said. “But its growth mindset, combined with a monopoly position, produces a bad outcome.”

“Let’s say there was only one toothpaste manufacturer for all of the U.K. They’d be like, yeah £1 is not enough. We’re going to chalk it up to £1.20,” he added. “Google’s sort of like that, where it goes, ‘Everybody uses us for searching, you can keep jacking up the price and it’s fine.’ I don’t think it’s people being evil” — a reference to “Don’t be evil,” Google’s corporate code of conduct — “I think it’s a system that demands growth at all costs.”

Google was not immediately available for comment by the time of publication. The company previously told The Telegraph newspaper that its ads “help business of all sizes grow and connect with new customers.”